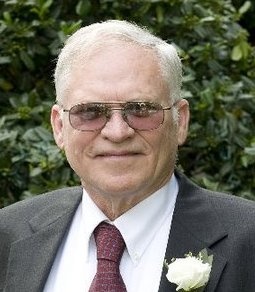 Funeral services will be 11:00 a.m. Wednesday, February 9, 2022 at The Jesus Christ Church of Latter-Day Saints, 4929 Wisconsin Avenue, Davenport, Iowa.  Burial will be in the National Cemetery, Rock Island Arsenal.  Visitation will be held on Tuesday from 5 until 7 p.m. and Wednesday from 9:45 – 10:30 a.m. at the church.  Halligan-McCabe-DeVries Funeral Home is assisting the family with arrangements. Memorials may be made to the family to establish a memorial at a later date.

Born on January 18, 1942 in Ogden, Utah, a son of Rex Gilbert Stevens and Lila (Lauritzen) Seeds, Len was raised in Camden, New Jersey by his mother and stepfather Frederick Seeds.

He proudly served in the Army from 1960 – 1963, primarily stationed in France. After attending Ricks College, he earned his Bachelor’s and Master’s degrees from Brigham Young University. Len retired in 2007 after 38 years as a Management Analyst for the US Army.

Passionate about service, Len spent over 46 years with the Boy Scouts of America, was president of the Scott County Genealogical Society, volunteered at the Davenport Library Special Collections and the Family History Center, in addition to church service.

Len was a sports fanatic especially his hometown Philadelphia Phillies, Eagles and Flyers.

He was preceded in death by a son-in-law, John Michael, his parents, stepfather, and brother, Frederick Seeds, Jr.

To order memorial trees or send flowers to the family in memory of Len Stevens, please visit our flower store.