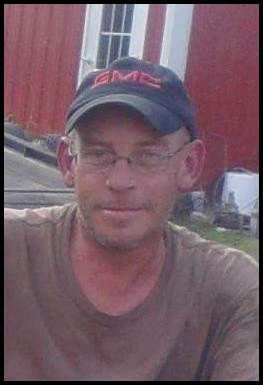 Lawrence Edward Hadley was born on April 6, 1970 in Davenport, a son of Edward Rodney and Jacqueline Ann (Porstmann) Hadley.  He was united in marriage to Roberta Carnine on December 29, 1997 at the Little Brown Church in Nashua, Iowa.

Larry was farmed his family farm.  He also had worked as a custom window maker for Midwest Architectural Wood Products for over 20 years.

Larry was a soft-hearted man who cared a lot for people and animals.  He loved to restore and work on tractors and trucks and enjoyed playing cards and board games with family, playing with his parents every Sunday until their passing.

To order memorial trees or send flowers to the family in memory of Larry Hadley, please visit our flower store.