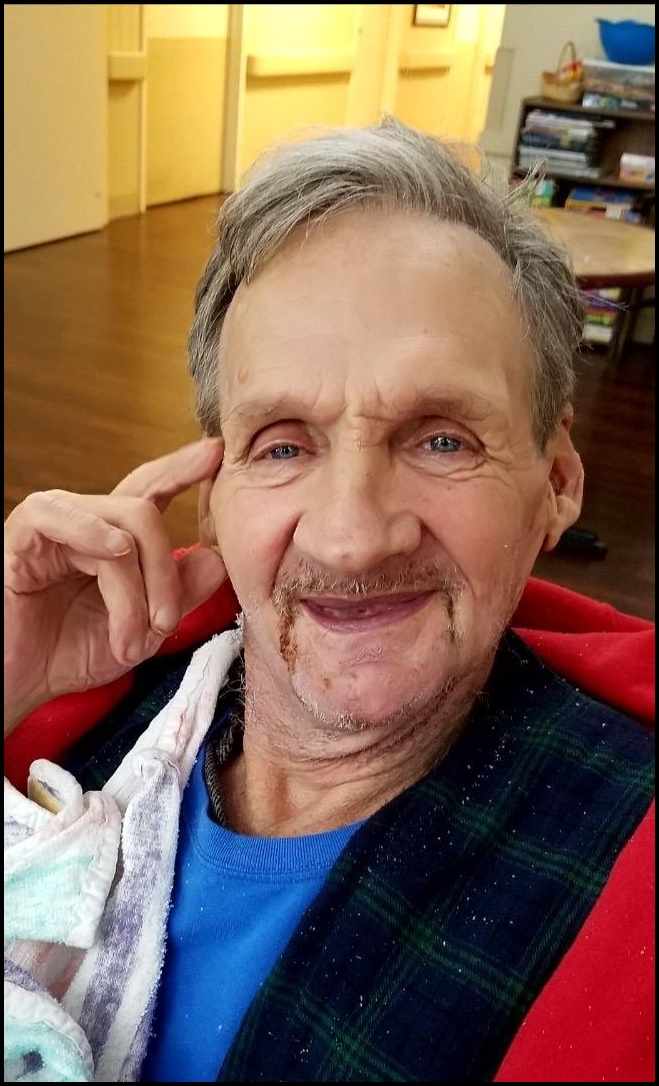 Cremation rites have been accorded.

Kyle was born on October 16, 1947 son of Martha Ilene Davis.  He was united in marriage to Donna Bramman in January of 1969.  They later divorced.

Kyle worked for Iowa Illinois Blacktop in Rock Island.  He later moved to California for many years before returning to Davenport to be with his family. Kyle enjoyed his visits from his daughter Dawn & Ex Wife Donna whom he still shared a strong love for. He would proudly tell everyone at the nursing home "This is my wife" and carry his picture of the two of them everywhere he went. He also loved his coffee and donuts and was the most grateful man for any little thing you gave him, with many repeated "Thank You's". No matter the time of year you would always get a goodbye with a "Merry Christmas".  Kyle's big smiles and crystal blue eyes will be missed by anyone who knew him.

He was preceded in death by his mother, brother Jimmy, niece Gail Johanson, and grandson Cory Joens.

To order memorial trees or send flowers to the family in memory of Kyle Edwin Puckett, please visit our flower store.