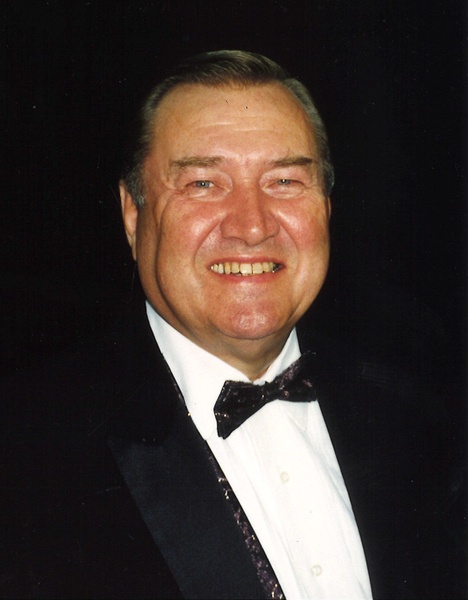 Funeral services celebrating the life of Kenneth R. “Kenny” Paulsen, 82, of Davenport, will be 10 a.m. Thursday, July 14, 2022 at the Halligan-McCabe-DeVries Funeral Home, Davenport.  Burial will be in Davenport Memorial Park.  Visitation will be held Wednesday from 4 until 7 p.m. at the Halligan-McCabe-DeVries Funeral Home, Davenport.  There will be additional visitation Thursday from 9 a.m. until the time of the service at the funeral home.  In lieu of flowers, memorials may be made to King’s Harvest Pet Rescue (2504 W. Central Park Ave, Davenport) where Kenny adopted his latest canine companion, Buddy.

Kenny died Sunday, July 10, 2022 surrounded by family at the University of Iowa Hospitals, Iowa City.  His passing came from complications from COVID that he contracted while in the hospital awaiting open heart surgery.

Kenneth Ray Paulsen was born on November 2, 1939 in Waterloo, Iowa, the oldest child of Arnold and Violetta (Rabe) Paulsen. Ken had a career in law enforcement for over 25 years starting with the Davenport Police Department and then the Scott County Sheriff’s Department including two terms as Sheriff.   He also owned Kenny’s Village Pub which he later named 11th Street Precinct and the Five Points Dairy Queen which later turned into the Firehouse Bar and Grille where you could find Kenny most afternoons.  Most recently, Kenny was working for Hot Shots, delivering nuclear medicine to local hospitals.

Kenny came from a family of musicians. The Ken Paulsen Orchestra started in 1966 but had been handed down through the family since 1917. Ken's grandfather, Emil, and three of his children traveled by horse and wagon playing dance jobs until 1934 when son Arnold (Ken's father) moved to Waterloo, Iowa to play with a polka band called Moeller’s Accordian Band. Arnold served in World War II, and after the war started back in the music business with a six piece band. In 1966 Arnold and Ken, along with Von Crawford (who arranged the music for Ken Paulsen) started a polka band called Paulsen's Dutchmen.  In 1970 the band was changed to what it is today, a nine piece orchestra called the Ken Paulsen Orchestra.  In 1977 the KPO was inducted into the Ballroom Dancers Big Band Hall of Fame.  They have been traveling nationwide since 1988.

When he wasn’t working or playing with the KPO, Kenny enjoyed the outdoors especially when he was fishing, hunting or trap shooting.  He loved his dogs and had many throughout his life, most recently his pal, Buddy.

He was preceded in death by a grandson, Brandon Lawrence, his parents, and siblings Lloyd Paulsen and Lois Nadherny.

To order memorial trees or send flowers to the family in memory of Kenny Paulsen, please visit our flower store.