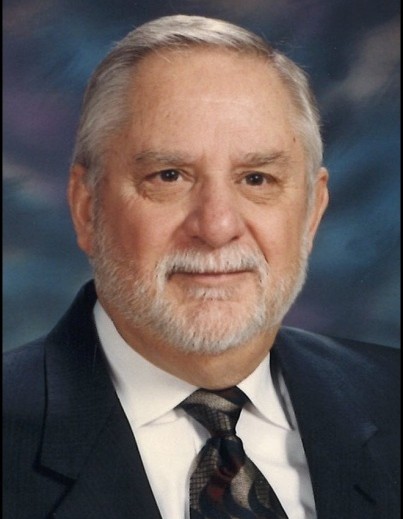 Funeral services and Mass of Christian Burial for Kenneth J. Scodeller, 83, of Davenport, will be 10:30 a.m. Monday, December 27, 2021 at Our Lady of Victory Catholic Church, Davenport.  The Mass may be viewed by clicking https://vimeo.com/660972622/f9998d6dd5 Burial will be in Mt. Calvary Cemetery, Davenport.  Visitation will be held from 2 until 4 p.m. Sunday at the Halligan-McCabe-DeVries Funeral Home, Davenport. There will be additional visitation Monday from 9:30 a.m. until the time of the Mass in the gathering space at church.  In lieu of flowers, memorials may be made to the Assumption Athletic Department.

Mr. Scodeller died, Wednesday, December 22, 2021 at Clarissa C. Cook Hospice House, Bettendorf.  He was surrounded by his family at the time of his passing.

Kenneth John Scodeller was born on December 28, 1937 in Ann Arbor, Michigan, a son of Mario P. and Antoinette (Grossi) Scodeller who immigrated from Italy.  Ken was an outstanding athlete, earning a scholarship to play baseball at Western Michigan and later played in the farm system of the Washington Senators from 1961 until 1963.  Ken earned his master’s degree from Eastern Michigan but was a loyal Michigan Wolverine fan all his life as well as all the professional teams in Detroit: the Tigers, Lions, Pistons, and Red Wings.

Ken was united in marriage to Shirley A. Forbes on September 4, 1965 at St. Mary’s Catholic Church, Carsonville, Michigan.  They have shared over 56 years of marriage and memories.Following his pursuit of a profession baseball career, Ken leaned on his degree in education, going to work in Bellville and Carsonville, Michigan where he taught history and served as the head football, basketball, and baseball coach.  He also directed the Title I Programs as well as the Summer Recreation Program.  In 1972 he moved to Davenport to serve as Associate Principal at Central High School and later served at Smart, Wood, and J.B. Young Junior High.  Ken retired in 2003 following a wonderful career in education.  He was tough, but fair and well respected and loved.  Many times over the years, former students would acknowledge him for the wonderful support and advice he provided to them.  Following his retirement, he served as interim dean of students at Assumption High School for a year.

In Michigan he had been a member and past president of the Lions Club, member of of the P.T.A., and little league coach.  Ken was also a member of the N.A.S.S.P, Davenport Principals Association, School Administrators of Iowa, and early on helped with the Bix 7 road race.  When he wasn’t devoting his time to volunteer work Kenny enjoyed fishing, golfing, and supporting his kids and granddaughters’ athletic endeavors.  He was a proud father, grandpa, and papa!

He was preceded in death by his children: Dominic Scodeller, Kimberly Normoyle and an infant child, as well as his parents and a brother, Ronald.  May they rest in peace.

The Scodeller family would like to thank Judy Herlein for the compassionate care and support she gave to Ken.

To order memorial trees or send flowers to the family in memory of Kenneth Scodeller, please visit our flower store.