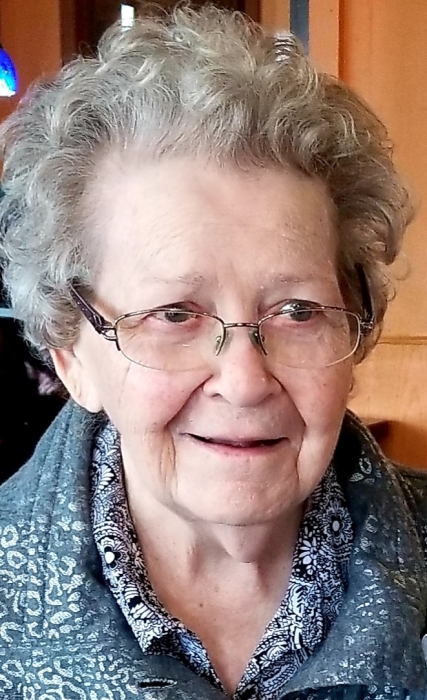 Kathryn “Katie” Ward, 92, of Davenport, died Wednesday, November 11, 2020 at Courtyard Estates, Walcott. Visitation will be held Monday, November 16, 2020 from 12:00 p.m. to 1:00 p.m. in the Halligan-McCabe-DeVries All Faith Chapel.  Due to the current pandemic, private family services will be held with burial in Davenport Memorial Park.  The service may be viewed by visiting Katie’s obituary at www.hmdfuneralhome.com beginning at 1 p.m. Monday, November 16, 2020.  Memorials may be made to the Handicapped Development Center.

Kathryn Louise McCubbin was born on April 22, 1928 in Englewood, Missouri, a daughter of Clayton L. and Janie (Keyes) McCubbin.  She was united in marriage to Elmo Bradly Ward on June 11, 1946.  He preceded her in death on December 18, 1992 after 46 years of marriage.

Katie was a hardworking, stubborn, sweet, Christian woman.  She was widowed for the last 27 years, but she was tough and would keep you on your toes with her opinions. She enjoyed cooking, camping, and traveling.  Katie was also a talented quilter/seamstress.

In addition to her husband, Katie was preceded in death by her parents and siblings: Gershom “Mac”, Aqulia, Kenny, Silas, Howard, and Bill.

To order memorial trees or send flowers to the family in memory of Katie Ward, please visit our flower store.