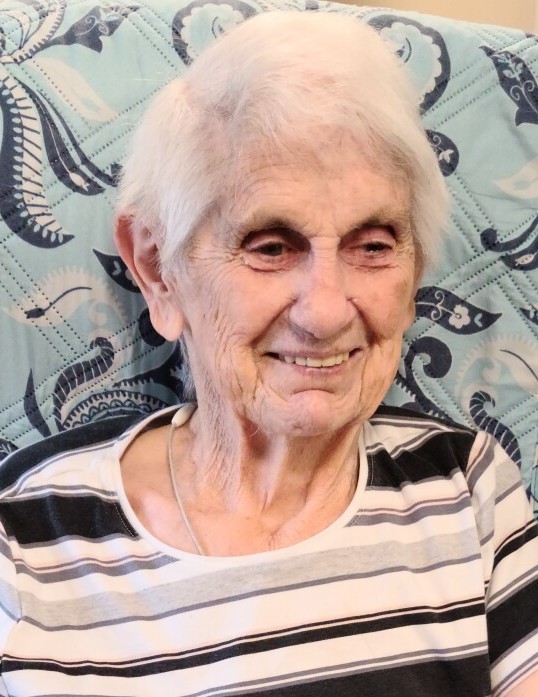 Kathleen Rosella Cousins, 90, a resident of Davenport, died Saturday, November 6, 2021 at Silvercrest at Garner in Davenport.

Funeral services and Mass of Christian Burial will be held at 10:30 a.m. Thursday, November 11, 2021 at St. Paul the Apostle Catholic Church in Davenport. Burial will be at Davenport Memorial Park. Visitation will be one hour prior to Mass at church. Memorials may be made to the Activity Fund at Silvercrest. Halligan McCabe DeVries Funeral Home in Davenport is assisting the family with arrangements.

Kathleen worked as a cook at John F. Kennedy Catholic School in Davenport. She also waitressed at the former Davenport Moose Lodge. Kathleen enjoyed playing bingo, big band music, dancing with her husband, Ray, and traveling with her sister and brother-in-law, Arleen and Butch.  Kathleen and Ray had a cabin on the Cedar River for 30 years, and she cherished her time spent with her grandsons.

To order memorial trees or send flowers to the family in memory of Kathleen Cousins, please visit our flower store.