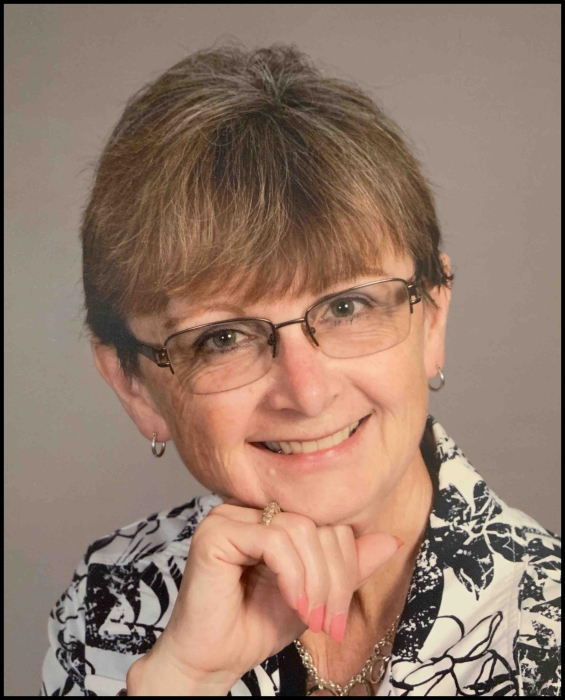 Funeral Services and a Mass of Christian Burial for Julie L. Gacke, 62, a resident of Davenport, will be 10:30am Wednesday, July 7, 2021 at Our Lady of Victory Catholic Church, Davenport.  Private family burial will be in Fairmount Cemetery at a later date.  The family will greet friends from 4-7pm Tuesday, July 6, 2021 at Halligan-McCabe-DeVries Funeral Home, downtown Davenport.  There will be a Vigil Service at 6:30pm. Additional visitation will be 9:30-10:30a.m. at church. Memorials may be made to either the Café on Vine or a local food pantry.  Julie passed away Saturday, July 3, 2021 at her home, surrounded by her family.

Julie Luan Link was born January15, 1959 in Mt. Pleasant, Iowa, a daughter of Kenneth and Wilma “Idaline” (Burford) Link, and was raised by her aunt, Delores Woodside, after the death of her mother.  She married Richard Gacke November 6, 1982 at Our Lady of Victory Catholic Church, Davenport.  After her retirement from the Rock Island Arsenal, Julie worked in many Davenport schools, in which her children were enrolled.

Julie was a member of Our Lady of Victory Catholic Church and enjoyed, sewing, garage sales, attending her children’s activities, and family outings on the river.

She was preceded in death by her parents, adoptive mom, and a brother, Michael Link.

To order memorial trees or send flowers to the family in memory of Julie Gacke, please visit our flower store.