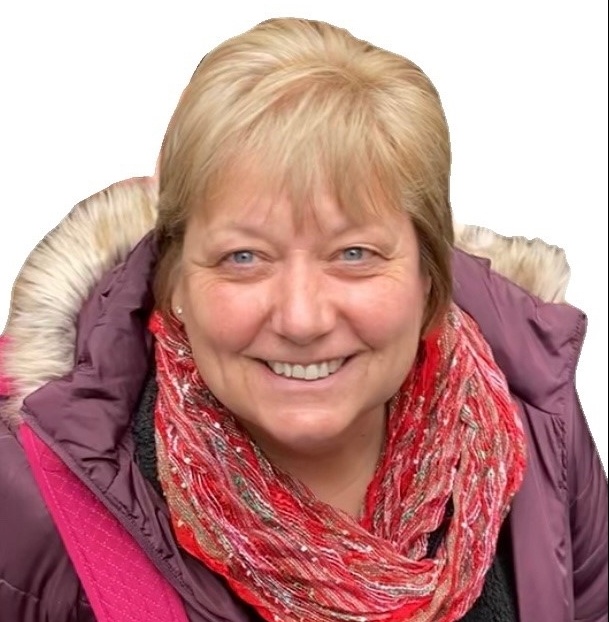 Judith K. “Judy” Grothus, 57, of Eldridge, died Tuesday, May 18, 2021 at her home following a courageous battle with cancer.  Judy was surrounded by the love of her family at the time of her passing.

Funeral services to celebrate Judy’s life will be 11:00 a.m. Friday, May 21, 2021 at the Halligan-McCabe-DeVries Funeral Home, Davenport.  Burial will be in Davenport Memorial Park.  Visitation will be held from 4 until 7 p.m. Thursday at the funeral home.  Memorials may be made to John F. Kennedy Catholic School where her four boys attended.

Judith Kay Klemme was born on January 7, 1964 in Davenport, a daughter of Wayne and Donetta (Werner) Klemme.  She met a young boy in 3rd grade named Edward E. Grothus and married her classmate on August 20, 1983 at St. Anthony’s Catholic Church in Davenport.

Judy began a career for the Department of Defense at 17 years old and retired after 35 ½ years of federal civil service on January 3, 2017.  During her career, she worked in logistics for TACOMM and Army Sustainment Command, including a deployment to Baghdad, Iraq during Operation Iraqi Freedom. Upon retirement, Judy worked alongside her husband and youngest son, Bradley, at Grothus Dragbikes in De Witt, Iowa.

Judy was the ultimate mother and supporter of her husband and four boys. Judy and Ed traveled the United States in the 1980’s through mid 1990’s pursuing their shared passion for motorcycle drag racing. After supporting her husband’s racing success, Judy’s support shifted to her boys’ academics and athletics. She was a quiet, yet active and avid supporter who knew more than she said, thought more than she spoke and noticed more than people realized. Judy supported her sons through little league baseball, Rising Knights wrestling, then Assumption High School athletics and their respective collegiate careers. She never missed a traveling tournament; making each one a fun family event. In recent years, Ed & Judy entered the drag racing circuit again to support their sons and promote their business. Judy picked up right where she left off; planning and organizing each trip, meal prepping and burning the midnight oil while driving thousands of miles across the country.

Almost five years ago, Judy became a Grandma. Retiring at just the right time, Judy was able to spend time with all of her grandkids; going to the racetrack, at the shop in De Witt or going about daily life with the grandkids in tow.  Judy started a grandkid treasure chest well before the babies arrived filling it with gifts to share in years to come. The “pencil test” was her predictor of baby gender and she was certain each grandchild would be the exact gender predicted; future babies would tell her otherwise. Judy believed in the phrase “grandkids don’t spoil, fruit does.” She made sure to have the best gifts and prizes for her kids and grandkids at every birthday and holiday.

Judy loved the color pink, getting her nails done with her mom, and selling Mary Kay to her friends. She was the ultimate Disney fan; spending hours perfecting her Disney Village each Christmas and curating her Goofy collection. She also enjoyed an amazing collection of Longaberger baskets. She made sure to keep the traditions of applesauce making and Christmas cookie making every fall and winter. She never missed a detail in throwing a party, typically Ed’s idea, with the perfect decorations and a delicious spread. Family and friends always left well fed and happy.

Judy wasn’t one to talk about herself, her accomplishments or her passions, but she demonstrated all those things in her actions and in her daily life. While the last year has been the hardest, she lived each day with strength and courage. Her family is so proud of her fight and she will be greatly missed by all who knew and loved her.

Judy was preceded in death by her father, Wayne, and father and mother-in-law James and Beverly Grothus.

To order memorial trees or send flowers to the family in memory of Judith Grothus, please visit our flower store.