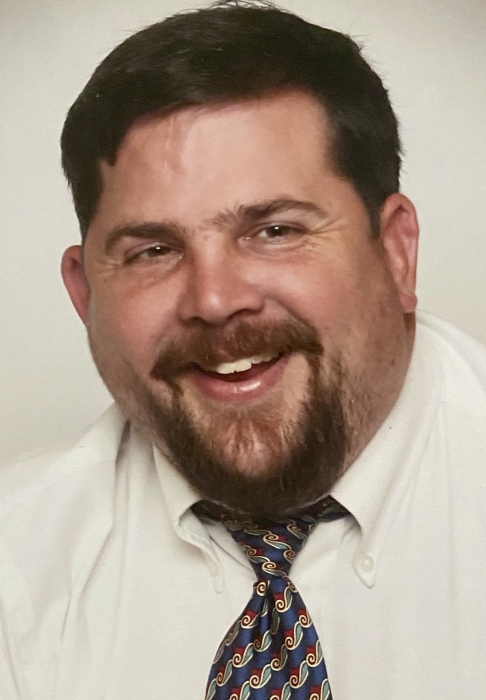 Josephus John Janeczko, who suffered from complications from childhood brain tumors yet cheerfully lived a life of faith and optimism, died of a heart attack at his home on Thursday, July 16, 2020.  He was 51.

A memorial mass celebrating his life will be held at Our Lady of Victory Catholic Church in Davenport at 10:30 a.m. Tuesday, July 21, 2020. Visitation will be 5:00-7:00 p.m. Monday, July 20th at Halligan McCabe DeVries Funeral Home, 614 Main St, Davenport, IA. In lieu of flowers, contributions to Our Lady of Victory Foundation, 4105 N. Division St., Davenport, IA 52806, would be most welcome.  A private family burial will be held at a later date at Saint Mary of Lourdes in Germantown Hills, IL.

Joe was a teddy bear of a guy, with a sweet disposition despite a long medical history. His vision was permanently impaired due to two brain tumors discovered before the age of two. Last year, he fought a long battle with Lynch Syndrome-related colon cancer--and beat it.

But for decades, he rarely missed a day of work. One of his early jobs was as a chicken breader at Old Country Buffet in Davenport. He was later a dishwasher at Bishop's Buffet at Duck Creek and, most recently for Sodexo at St. Ambrose University. He aspired to be CEO of the family company, Innovative Injection Technologies, and rued not going to college.

He was a fourth-degree knight at the Knights of Columbus's Father Padilla Province and a third-degree knight at Loras Council 532. He sang in the choir at Our Lady of Victory Catholic Church. Church friends planted a beautiful hosta garden in his front yard.

His favorite things included his dog Grace, singing, Catholic masses, slapstick jokes, playing cards, watching movies like "Top Gun" and "The Bucket List," going for a pedicure, getting calls on his flip phone, swimming pools, the Chicago Cubs, the breakfasts his neighbors delivered to him on Sundays, and walking together with his dog to the QuikTrip to buy the Quad City Times and USA Today so he could read the headlines. He inherited a passion for the Green Bay Packers from Irma Nehring, his grandmother. While temporarily unemployed due to the coronavirus, he adopted a new (used) cat and called his family with updates on her antics.

He wore five crosses around his neck. If he heard you were hurting, he prayed for you. He had boisterous voice and was quick to laugh. He "woofed" when he wanted to express approval. He was a fiend for tall glasses of milk and vat-sized containers of pop. His nieces sneaked him Mountain Dew when he was hospitalized in Iowa City last summer. He liked suppers of Lucky Charms cereal. He wanted a computer, and got one for his 40th birthday, then forgot the password and never used it. To celebrate his own birthday last month, he sent flowers to his Iowa City surgeon, Dr. Jennifer Hrabe.

Joe, born in Macomb, Illinois and moved with his family to Davenport when he was 11. He studied from ages 14 to 21 at the Iowa Braille and Sight Saving School, where he was on the beeper ball team and ran a saw in industrial arts class. He learned to use a cane and to cook at Iowa Department for the Blind in Des Moines.

He never forgot to call on birthdays for his family, including his parents Charllotte and Robert Janeczko of West Des Moines; sister Jennifer Jacobs of Washington, D.C. and her sons Alexander Jacobs of Chicago and Gabriel Jacobs of Langley Air Force Base; brother Joshua Janeczko (Carrie) and their daughters Madilyn and Mollie of West Des Moines; and brother Jared Janeczko (Delmar Scott Davis) of Atlanta. He is pre-deceased by his grandparents, Oliver and Irma Nehring, and Joseph and Marguerite Janeczko.

He was, each and every day, a kind and good man. He will be sorely missed.

To order memorial trees or send flowers to the family in memory of Josephus Janeczko, please visit our flower store.