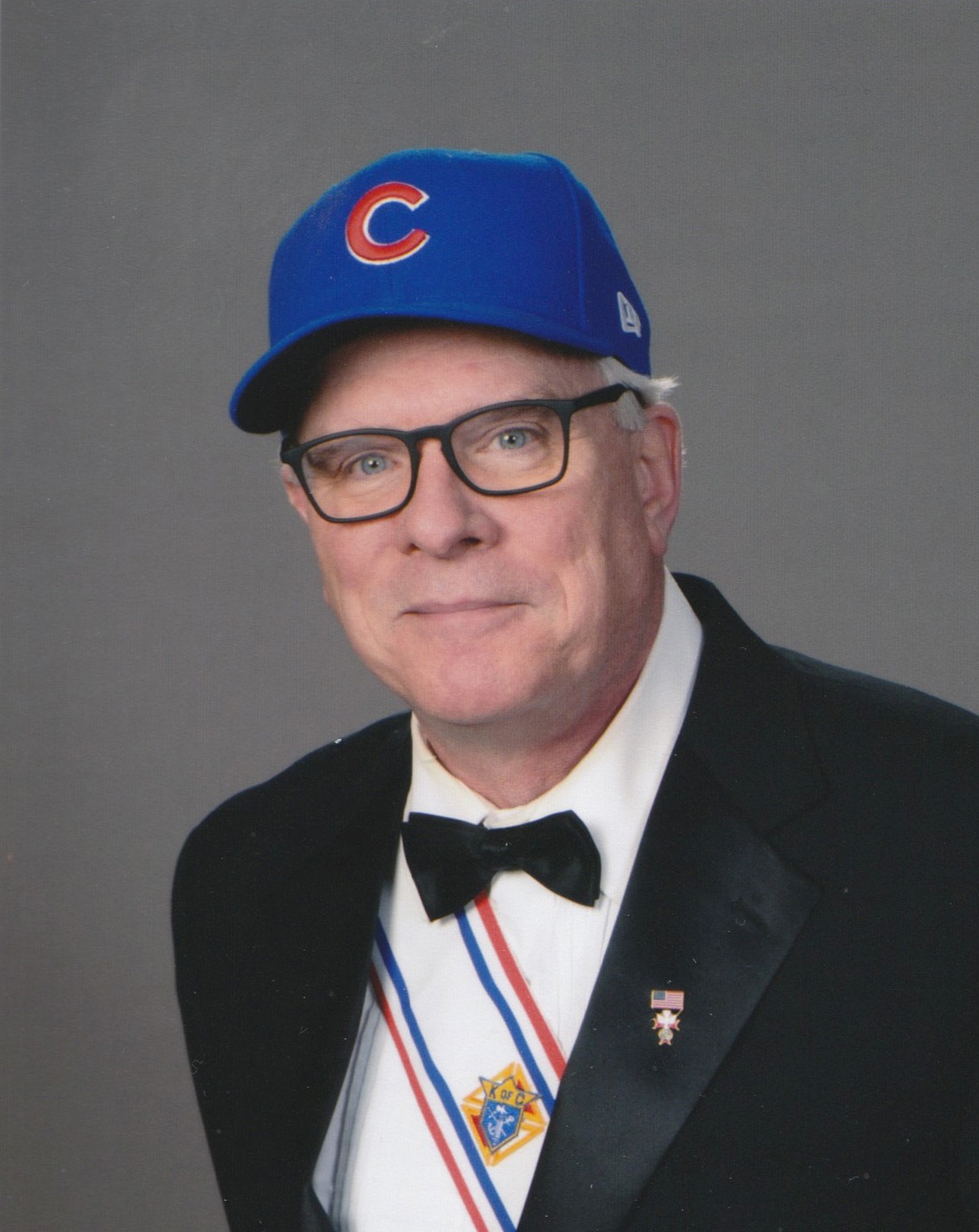 A Mass of Christian Burial for Joe will be celebrated at 11:00 a.m. Tuesday, April 19, 2022 at Sacred Heart Cathedral, Davenport.  The Mass will be livestreamed by visiting Sacred Heart Cathedral Livestream Visitation will be held Monday, April 18, 2022 from 4 until 7:00 p.m. at the Halligan-McCabe-DeVries Funeral Home, Davenport with a prayer service at the conclusion of the visitation. There will be additional visitation at church Tuesday from 10:00 a.m. until the time of the Mass. Burial will take place at 1:00 p.m. Wednesday at Mt. Calvary Cemetery, Davenport. In lieu of flowers, donations to The Dr. Brent Ohl Strong Pancreatic Cancer Support Endowment through the UnityPoint Health – Trinity Health Foundation or Sacred Heart Cathedral.

Joe was always told that on the day he was born Dad burnt the steaks.  If they were celebration steaks, we hope they were on the grill, which is the best.

As a boy, he joined the Cub Scouts but wasn’t very successful at it.  It was the Climb a Tree badge that got him. However, this was the first time Joe was associated with anything called Cubs.  High School was a drag, “a well-known drag,”* save for a few special people.  Most notably Don Heggen, his art teacher, and Pat Knopic his Biology teacher, fine people who offered a hand when it was needed.  God Bless them both.

His college years at St. Ambrose were filled with fun, learning, and many interesting professors plus a singularly legendary one.  These years were not unblemished as he did some pretty stupid stuff.  Yet he took solace in the thought that we have all been there.

Everything took a turn for the best when on July 2, 1977, he married the love of his life Rhonda Kelley (née Peterson).  He and Rhonda proceeded to bring three amazing people into the world: Michael Sean in 1978, Gerald Patrick in 1982, and Brigid Maureen in 1985.  This would be his most joyful/crazy project for the next 30+ years.  While working on that goal, Joe hit the factory floor (French and Hecht) in the pursuit of, mostly, a paycheck.  When that work ran out, Joe opted for graphic design.  He spent some time as a sign painter then back to school it would be.  Graduating from Teikyo-Marycrest University in 1990 with a degree in Computer Graphics.

Joe often took his family into the wild.  Some of Joe's fondest memories were taking his family out to camping trips with his telescope, spending many sleepless hours hopping galaxies.  When there was a new comet in the sky, he would get up early in the morning, wake up Mike (Jerry was too little at the time) and say "Let's go looking for a comet!" And they would pack up and head out into the countryside in search of said comet.  When they found it, they would always come home with a dozen donuts.  Comets and donuts (that was our battle cry). Those were exceptionally good times.

The next 20 years were filled with kids going to college, which meant moving furniture and belongings in and out of dorm rooms twice a year.  After college, his children ultimately moved away to the far flung reaches of America.

With the kids gone, Rhonda and Joe settled into a life of work, church, and home-life.  His career continued, first with a job at Lee Enterprises, then the Quad-City Times, where he would spend the next 30 years working in advertising with a short stint (6 years) working in the newsroom as an award-winning illustrator and page designer.  At his church, Joe served on several committees over the years.  In 2010, he helped found the first Knights of Columbus council at Sacred Heart Cathedral.  He would ultimately become a 4th  Degree Knight (he had a sword and everything!).  At home, every night, Rhonda and Joe would face the eternal question, “What are we going to do tonight, Brain?”  All in all it was a fairly normal life.

Joe would like to thank all the characters that were a part of his story.  Family, friends, and co-workers, you were all part of making Joe what he was, a bit of an oddball.  A special thank you goes to Joe's mother who taught him how to hug.

Joe was preceded in death by his parents, William B. Kelley Sr. and Margaret A. Kelley (née Lohf), and two siblings. Those left to remember him are Rhonda Kelley, his wife of 44 years; children: Michael (Martha Boyer), Gerald (Michaela Dix), and Brigid (Aric Anderson), and grandson Shea Patrick Boyer-Kelley. Also included are 5 sisters, a brother, nieces, nephews, in-laws and cousins by the truckload.

May God bless you all, “all of you on the good earth.” (My life in 9 paragraphs)

To order memorial trees or send flowers to the family in memory of Joseph M. Kelley, please visit our flower store.
Send a Sympathy Card