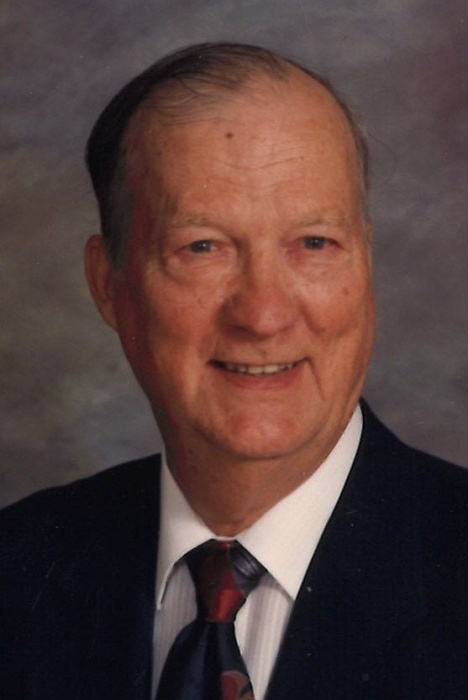 Funeral Services and a Mass of Christian Burial for John P. Miller, 97, a resident of Davenport, will be 11 am Thursday, December 10, 2020, at Holy Family Catholic Church, Davenport.  The family will greet friends at church Thursday from 10:30 am until the time of the service.  Due to the current health crisis, masks must be worn and social distancing respected.  Burial will be in Mt. Calvary Cemetery, Davenport.  Memorials may be made to Holy Family Catholic Church or to the Davenport St. Serra Club.  Halligan-McCabe-DeVries Funeral Home is assisting the family.  John passed away Monday, December 7, 2020 at ManorCare Utica Ridge.

John was born April 3, 1923, the son of Nicholas and Anna (Scheckel) Miller.  He graduated from the former St. Ambrose Academy in Davenport, and attended Ohio State University in Columbus, Ohio.

John served in the Army for three years during World War II and was a sergeant in the infantry.  He was awarded the Combat Infantryman’s Badge, the Bronze Star, two Battle Medals with two bronze stars, and various other decorations.  He married Charlene Vanek on January 3, 1948 at St. Mary’s Catholic Church in Davenport.

John was employed by the U.S. Army Weapons Command as an Industrial Specialist.  He received the Department of the Army Sustained Superior Performance Award, retiring in January of 1980.

To order memorial trees or send flowers to the family in memory of John Miller, please visit our flower store.