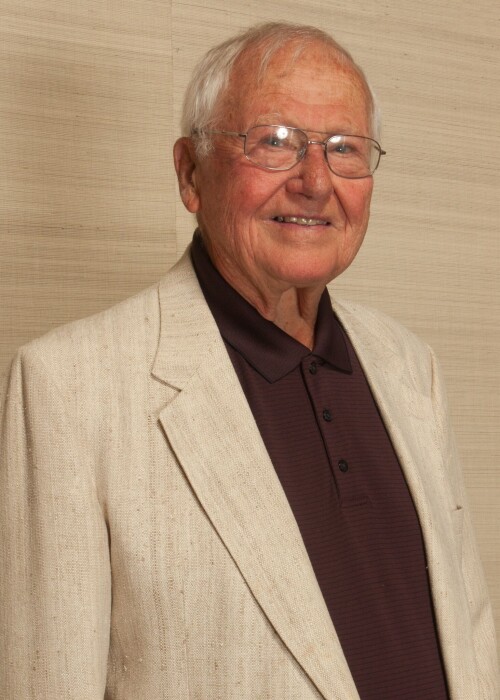 A Memorial Service for John G. Delleman, 94, a resident of Davenport, will be 1:30pm Friday, June 18, 2021 at Halligan-McCabe-DeVries Funeral Home, downtown Davenport.  Per his wishes, the rite of cremation will be accorded prior to the service.  Inurnment will be in Holy Family Cemetery, Davenport.  The family will greet friends Friday from 11:30am until the time of the service at the funeral home.  Memorials may be made to the Handicapped Development Center, Camp Shalom or St. Paul the Apostle Catholic Church.  John passed away Sunday, June 6, 2021 at Clarissa C. Cook Hospice House, Bettendorf, surrounded by his family.

John Gerard Delleman was born June 11, 1926 in Davenport, a son of Bernard J. and Louise C. (Tiemessen) Delleman.  John was a graduate of St. Ambrose Academy and attended St. Ambrose University.  He served his country during WWII in the Navy.

John was the owner of Koester’s Linoleum Shop, retiring in 1990.  He was a life-long resident of Davenport.  John was a member of St. Paul the Apostle Catholic Church, Knights of Columbus, and American Legion Post #26.  He was an avid fisherman and enjoyed woodworking and sitting around a good fire, and spending time with his family.

To order memorial trees or send flowers to the family in memory of John Delleman, please visit our flower store.