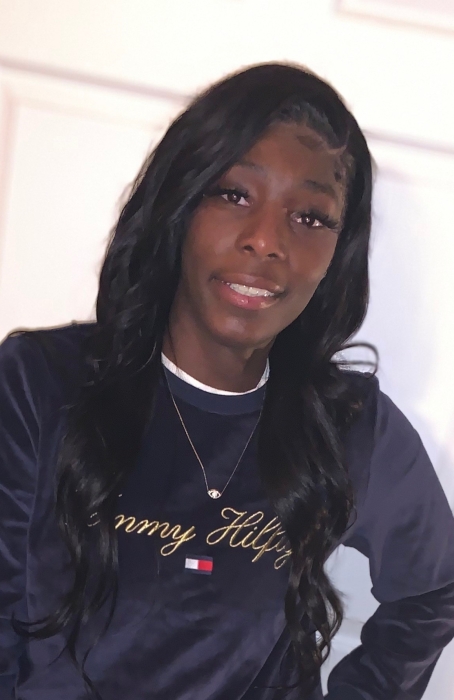 To truly know Joedaja was to love her. JoeDaja was a Leader and FIGHTER. Brave and Bold. She was very loyal to all those she loved. Literally a force to be reckoned with. She was herself and comfortable being so no matter who she was around. Joedaja liked to be in the presence of her family and friends most. Listening to music and enjoying the laughs. JoeDaja loved to crack jokes, never a dull moment when you were in her presence. The life of the party. JoeDaja was outgoing and smart, especially when it came to electronics. One of a kind personality. JoeDaja had a heart of gold. Willing to go above and beyond for family and true friends. She was very adventurous, spontaneous, and loved making memories. She was the go-to person for pretty much anyone. Someone her siblings and friends could count on to be there. Even in the end stages of her life, that spark still remained. She fought a tough battle, and never wavered from who she truly was. JoeDaja will always be remembered as a TRUE FIGHTER. In her short time here, JoeDaja left her mark on those who had the pleasure of really knowing her. JoeDaja will definitely be missed and FOREVER loved and remembered by many.

She was preceded in death by her grandmother Victoria Jones, and sister Ayana Culbreath.

To order memorial trees or send flowers to the family in memory of JoeDaja Howard, please visit our flower store.