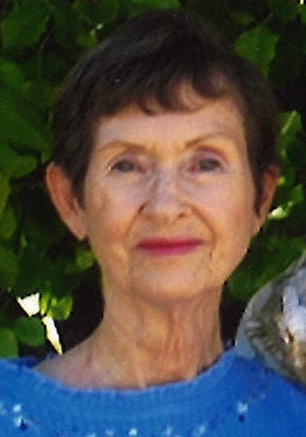 Funeral services to celebrate the life of Jo Ann Wagschal, 89, of Davenport, will be 11:00 a.m. Wednesday, July 14, 2021 at the Halligan-McCabe-DeVries Funeral Home, Davenport. Inurnment will be in Pine Hill Cemetery, Davenport.  Visitation will be Wednesday from 10 a.m. until the time of the service at the funeral home. Memorials may be made to St. Albans Episcopal Church where she was a member. Jo died Sunday, July 11, 2021 at Good Samaritan Nursing Home.

Jo like to read, garden, work crossword puzzles, play cards especially with her group of over 50 years.  She also enjoyed vacations to Arizona where she and Otis lived for two years and taking trips in her little sports car. She loved her family and friends.

Jo volunteered as a Sunday school teacher, hospital, and at the senior complex where she and her husband lived.  She retired from Four Seasons clothing store after 14 years and worked off and on at other retail establishments.

To order memorial trees or send flowers to the family in memory of Jo Wagschal, please visit our flower store.