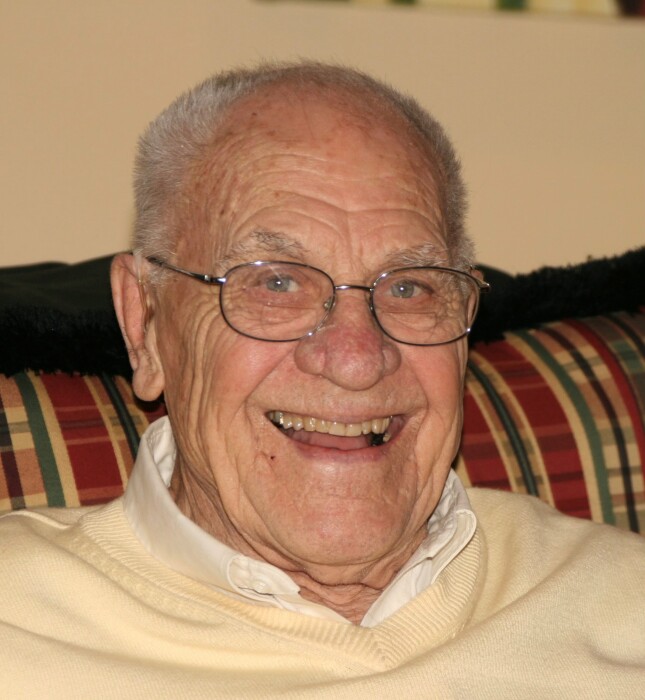 Devoted husband and father, civic leader, naval aviator and a hero to his country, his family and his friends, Jim Lischer died peacefully on July 6, 2021, with his daughters at his side.  Jim was born March 7, 1923, in Davenport, son of Henry and Eleanor (Burmeister) Lischer.  He and Eleanor Gene Helen Meyer Lischer (Gene) married on June 15, 1946, in St. Louis, Missouri.  They celebrated 72 years of marriage prior to Gene’s passing in 2019.

Jim was Executive Vice President for Schlegels Drug Stores, a family business, from 1946 until 1975.  He then worked as President of Fabriform, Inc., for 14 years and was on the Board of Directors for Haag Drug Stores, Schlegels Drug Stores, Sears Manufacturing Co., Davenport Industrial Development Co., Quad City Development Group, Oakdale Cemetery, Davenport Chamber of Commerce, and the Community Mental Health Center.   Jim was a member of Kiwanis, and participated in numerous fund drives, including for the mental health center.  He attended Trinity Episcopal Cathedral, served on the vestry, and helped raise money for an organ.

Jim served his country as a naval aviator, flying from the carrier Gambier Bay during World War II.  He was awarded the Distinguished Flying Cross and numerous other commendations for his courageous service, including during the Battle of Leyte Gulf.

Jim loved playing cards, canoeing in the Boundary Waters, hunting in Wyoming, horseback riding, biking, and camping.   His children will never forget the pancakes he cooked over open fires.  He visited all but one of the United States.  Jim also was hilariously competitive, competing with a neighbor over who would have the privilege of plowing snow and with his best friend over who could find the most inexpensive lunch.   Jim regularly biked 35 miles a day until he was 85.  He and Gene enjoyed exploring Tucson where they had a winter home.  Jim had a remarkable ability to connect with people.  For his last three years at Ridgecrest, when his ability to communicate was limited, Jim still shook hands with, waved to, and smiled at everyone he met.

Jim is survived by: Jeff and Mary Lischer of Washington, DC, Nancy Lischer of Chicago, Kate and Dave Walker of St. Charles, Illinois, five grandchildren, and five great-grandchildren.  He was preceded in death by a daughter, Martha, whose husband, Bruce Durgin, resides in Grantham, New Hampshire.

Services will be held at Trinity Cathedral, Davenport, on Tuesday, July 20, at 4:00 p.m.  Halligan-McCabe-DeVries Funeral Home is assisting the family.  Memorials may be made to Trinity Cathedral.

To order memorial trees or send flowers to the family in memory of Jim Lischer, please visit our flower store.