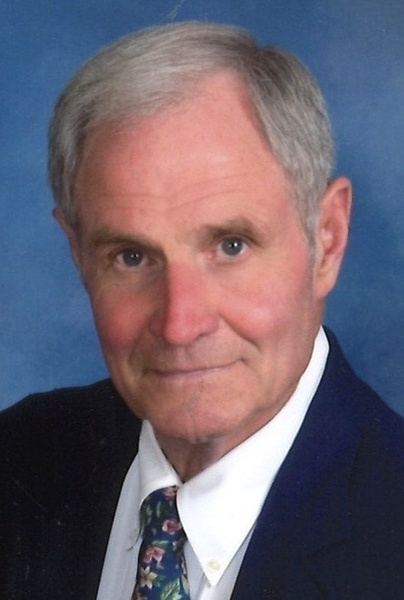 A Memorial Mass for Jerry L. Vollbeer, 75, of Eldridge, will be at 10:30 a.m. Wednesday, March 9, 2022 at St. Ann’s Catholic Church, Long Grove. Burial will take place in St. Ann’s Cemetery.  Visitation will be Tuesday from 4 until 7 p.m. at the church.  Memorials may be made to Stead Family Children’s Hospital at the University of Iowa, St. Ann’s Catholic Church or the North Scott Educational Foundation.  Jerry died peacefully Wednesday, March 2, 2022 at the Clarissa C. Cook Hospice House, Bettendorf.

Jerry was born on February 8, 1947 in Davenport, a son of Walter and Fern (Holst) Vollbeer. After beginning his education in a one-room country school, he graduated from North Scott and attended the University of Iowa for four years until the death of his Father brought him back to Eldridge to take over the family farming operation. While attending the University of Iowa he met the love of his life, Diana McCoy. They were united in marriage on August 14, 1971 in Iowa Falls, Iowa.  They were blessed with three sons, Jake, Troy and Scott.  From the time he was a little boy, Jerry dreamed of being a farmer. So building a farming operation, with the support of his family, was a dream come true.  He loved farming.  He always said that he never worked a day in his life, because he loved what he did. The only thing that could drag him away from harvest was to watch his beloved Hawkeyes play football. He was a dedicated and loyal Hawkeye Fan.  Jerry also enjoyed a good (or bad… mostly bad) game of golf and socializing with his golf buddies.

Jerry served as 1st Sergeant in the Iowa National Guard for six years.  He was an active member at St. Ann’s Parish where he served on the parish council and finance committee. Jerry was also a member of the North Scott School Board in the 80’s, a trustee of the Eldridge Fire Department, past president of the North Scott Rotary, and was on the Pioneer Seed Corn Grower Council.

Jerry was preceded in death by his parents and his stepfather, Lourde Skelley.  May they rest in peace.

To order memorial trees or send flowers to the family in memory of Jerry Vollbeer, please visit our flower store.