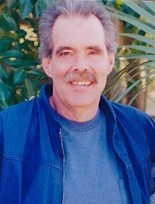 Jerry requested to be cremated.  Memorial services will be held to celebrate his life at 1:30 p.m.

on 27th July at Halligan-McCabe-DeVries Funeral Home, Davenport, Iowa. The service will be livestreamed by clicking the link at the bottom of this page.  The link will be available at 12:50 p.m.  The family will greet friends from 1 p.m. until the time of the service Tuesday at the funeral home.

Online condolences and remembrances may be expressed by visiting www.hmdfuneralhome.com

Memorials may be made to Habitat for Humanity.

playing cards, and he enjoyed volunteering his time to Habitat for Humanity by installing the

electrical wiring of homes being built.

For us, you left too soon and we love you forever in our hearts.

Jerry was preceded in death by his parents and cousin John J. Pearson.

To order memorial trees or send flowers to the family in memory of Jerry Pearson, Jr., please visit our flower store.