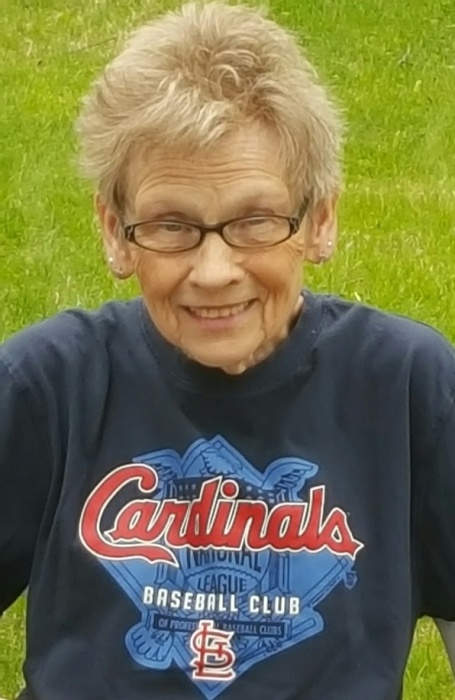 Janet E. Scheckel, 83, of Davenport, formerly of Bettendorf, died peacefully Friday, September 17, 2021 at Good Samaritan, Davenport surrounded by her adoring family.  Funeral services will be 12:30 p.m. Tuesday, September 21, 2021 at the Halligan-McCabe-DeVries Funeral Home, Davenport.  Visitation will be held Tuesday from 11a.m. until the time of the service at the funeral home.  Burial will be in Holy Family Cemetery, Davenport.  Memorials may be made to Our Lady of Lourdes Catholic Church where Janet was a long-time member.

Janet Elizabeth Mahoney was born on September 1, 1938 in Davenport, a daughter of Edward and Elsie (Freund) Mahoney.  She was united in marriage to Charlie Scheckel on September 6, 1958 at Our Lady of Lourdes where they had met at Holy Thursday Mass.  He preceded her in death on May 26, 2011 after almost 53 years of marriage.

Janet retired from the Bettendorf Community School District where she worked in the lunchroom primarily at Mark Twain.

Janet was a die-hard St. Louis Cardinals fan, she would watch or listen to every ballgame and set her schedule around when they played.  She enjoyed travelling with her husband and his siblings around to different places especially if it involved a stop at a casino.  Janet also enjoyed playing bingo.

In addition to her husband, she was preceded in death by her parents and a sister-in-law, Sarah Mahoney.  Her sister, Marilyn Brummit died Saturday, September 18, 2021 less than 24 hours after Janet’s passing.

To order memorial trees or send flowers to the family in memory of Janet Scheckel, please visit our flower store.