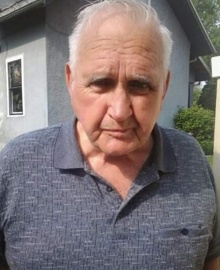 James Edwin Klauer was born on August 8, 1932 in Davenport, a son of Edwin and Loretta (Hammerlink) Klauer.  He proudly served our country in the Army during the Korean War.  James was united in marriage to Celia Ann Clark on October 15, 1955 at Our Lady of Lourdes, Bettendorf.  She preceded him in death on April 17, 2015 after 59 years of marriage.

James worked for Alcoa for over 40 years, retiring in 1995.  He was a jack of all trades, and could do anything he put his mind to.  James enjoyed the many years he and his family spent at their cabin on the Wapsi River where he loved to fish.

Memorials may be made to the American Diabetes Association.

In addition to his wife, James was preceded in death by a son, Larry Klauer, parents, and siblings: Doris Hintze, Paul Klauer, and Marie Epping.  May they rest in peace.

To order memorial trees or send flowers to the family in memory of James Klauer, please visit our flower store.