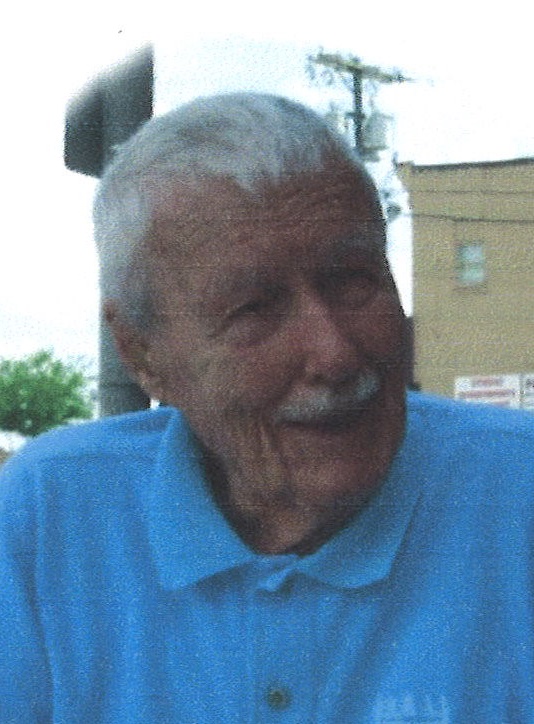 With a prayer to St. Anthony on his lips, or as he said “to my friend Tony,” Jim McCabe peacefully departed this world at his beloved home in Peachtree City, Georgia on Easter Monday.  He was 97.

He leaves behind two children, Mary Catherine (Cathy) Gonzalez (Hector) and Michael McCabe (Ann), five grandchildren and four great-grandchildren, as well as his dearly beloved sister, Patricia Roche, and sisters-in-law, Mary Jo McCabe and Eda Hofmann,  Add to that a long list of nephews, nieces, and grand nephews and grand nieces scattered throughout the country.

Jim was born in Davenport, Iowa to George and Irene (nee Fettgather) McCabe six years before the start of the Great Depression.  He graduated from the University of Notre Dame in 1948 as a Mechanical Engineer, and his work took him and his family from Iowa to Arizona, California, West Virginia, Venezuela, California, Pennsylvania, Indiana, Ohio, and then finally in 1971 to Peachtree City, Georgia, where he found a cherished group of friends through his love of golf, his Catholic Church, and his many other pursuits.

As a true gentleman of the “Greatest Generation,” Jim served with General George Patton’s Third Army and received the Bronze Star for his efforts fighting in the Battle of The Bulge.  Given his innate curiosity and penchant for travel, he visted every state in his beloved U.S.A. and some 21 countries from Latin America to the Mideast.

A man of deep faith and devotion, Jim gave his time and energy to several community and religious organizations.  He leaves behind memories of quit-witted one-liners and entertaining stories, not the least of which was allowing his much loved Hospice caregivers to believe he was a veteran of the Spanish-American War.  His large extended family will always remember his suggestion that the hymn “How Great Thou Art” should be sung at funerals as “How Great Thou Wert.”

And that, dear Jim, you were.

He was preceded in death by his siblings Bud McCabe, Wee McCarthy, Jack McCabe and Bill McCabe.

His ashes will be interred in his hometown at Mt. Calvary Cemetery, Davenport at 12:00 pm on Saturday, June 4, 2022 with military rites to be conducted. Memorials may be made to Davenport American Legion #26. Local arrangements being handled by Halligan-McCabe-DeVries Funeral Home.

To order memorial trees or send flowers to the family in memory of James "Jim" Ryle McCabe, please visit our flower store.