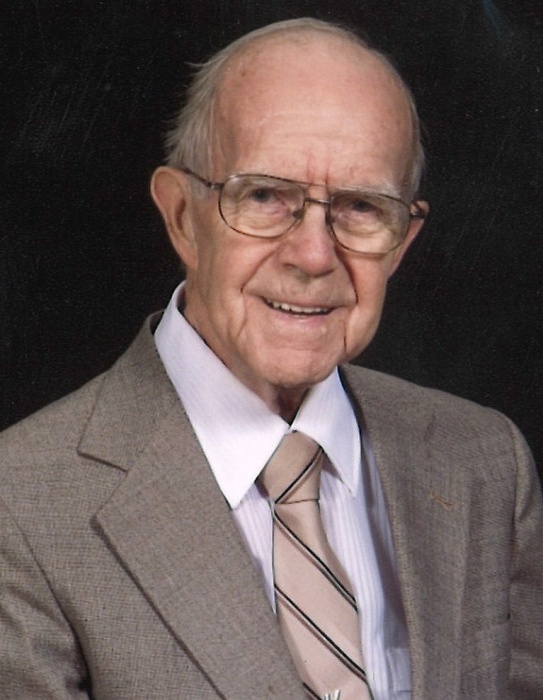 Davenport -James W. Hunstad, 94, Davenport, died Saturday, December 26, 2020 in Davenport. Private services will take place, but may viewed by visiting Jim’s obituary at www.hmdfuneralhome.com Monday, January 4, 2020 at 12 p.m. The link will be available 10 minutes before the service.  Burial will take place in Davenport Memorial Park.

In lieu of flowers, memorials may be made to Visiting Angels.

James William Hunstad was born August 31, 1926 in Guttenberg, Iowa, a son of Leonard and Leona (Leliefeld) Hunstad.  He served in the Air Force during WWII.  Jim married Theresa “Mickey” Bogue September 6, 1947 at Sacred Heart Church, Dubuque, Iowa.  They celebrated 67 years of marriage prior to Mickey’s death on December 20, 2014.

Jim began his career at John Deere Dubuque Works before beginning a career at Bendix which later became Litton Life Support. He worked in the drafting/engineering department for 38 years.  Following his retirement, Jim worked at Walcott Oil & Supply.  He was a lifetime member of Holy Family Parish and the Knights of Columbus.

Jim’s life was centered around his faith and family.  He was an honest, kind man who enjoyed a daily Guinness, bowling in the Knights of Columbus Bowling League, golfing, traveling on bus trips with Mickey, and playing cards.

In addition to his wife, he was preceded in death by his son, Wes, granddaughter Amy Hunstad, parents and siblings Robert Hunstad, Ethel Maurer, and Lorraine Sutton.

Jim’s family would like to thank all of his friends and neighbors for their care and concern for Jim.

To order memorial trees or send flowers to the family in memory of James Hunstad, please visit our flower store.