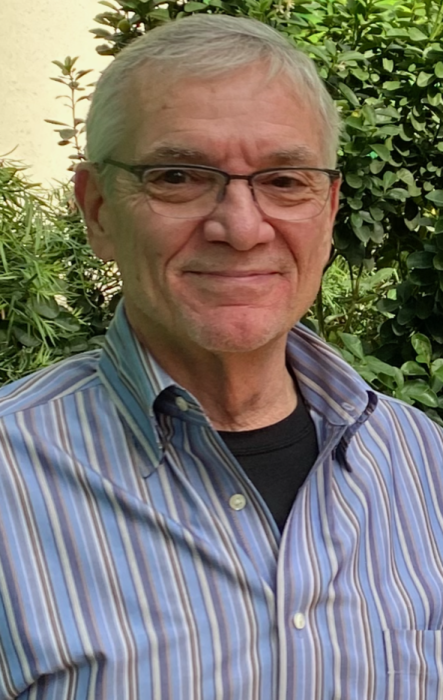 Funeral Services and a Memorial Mass of Christian Burial for James “Jim” E. Carter, 71,  of Davenport, will be 10am Monday, November 2, 2020 at Our Lady of Victory Catholic Church, Davenport.  Per his wishes, the rite of cremation was accorded.  Inurnment will be in National Cemetery, Rock Island, Illinois.  Visitation will be Sunday, from 1-3pm at Halligan-McCabe-DeVries Funeral Home, Davenport.  Due to the current health crisis, masks must be worn and social distancing respected. There will be an additional visitation Monday at church from 9am until the time of the service.  James passed away Wednesday, October 28, 2020 at Clarissa C. Cook Hospice House, surrounded by his family after a short but courageous battle with cancer

James was born June 20, 1949 in Rock Island, a son of Verl and Yolanda (Voss) Carter.  He served his country as a Sergeant in the US Air Force.  James married Patricia Cooney March 9, 1984 in Davenport.

James worked as a credit manager for Von Maur Corporate Office, retiring after 17 years.  After his retirement, he enjoyed working part-time as a courier at Global Security Services in Davenport.  James loved camping, fishing and hiking out west with his brother in law Chuck. He had great times in northern Minnesota with his son Alex and friends, Pat King, Tim Houlihan and Craig VanDeMortel. He also had a great Canadian adventure with his friend Rocky Kane and company.

James was called on by family and friends many times for advice and assistance on building projects, home maintenance and miscellaneous useful trivia. He always had a story to tell.  Over the years, he volunteered for many different organizations around the Quad Cities. In his down time, he liked to relax by watching The History Channel with one of his many schnauzers by his side.

In lieu of flowers, memorials may be made to the King’s Harvest No Kill Pet Shelter.

To order memorial trees or send flowers to the family in memory of James Carter, please visit our flower store.