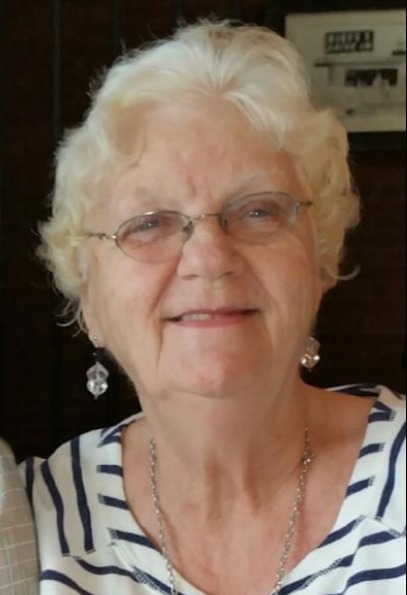 Iona May Daugherty was born on February 6, 1935 in Iowa City, a daughter of John Kirby and Thelma Mae (Appleby) Daugherty.  She was united in marriage to William Fangmann in February of 1954 at St. Alphonsus Catholic Church.  Bill preceded Iona in death on February 23, 2021 after 61 years of marriage together.  They were not blessed with children of their own, however lovingly cared for their many nieces and nephews.  Iona and Bill took in and cared for their parents with devoted patience until their passing.  Iona was so kind to everyone in her most generous heart!

Iona worked for Globe Machinery for many years.  She was a longtime member of Holy Family Parish.  Iona enjoyed being with family members and friends, playing Bingo and cards and adored her dog, Belle.

Iona is survived by a brother-in-law and sisters-in-law, Dale and Marlene Fangmann, Davenport, and Sherry Fangmann, North Carolina, and many nieces and nephews.

In addition to her husband, she was preceded in death by her parents and siblings.

To order memorial trees or send flowers to the family in memory of Iona M. Fangmann, please visit our flower store.