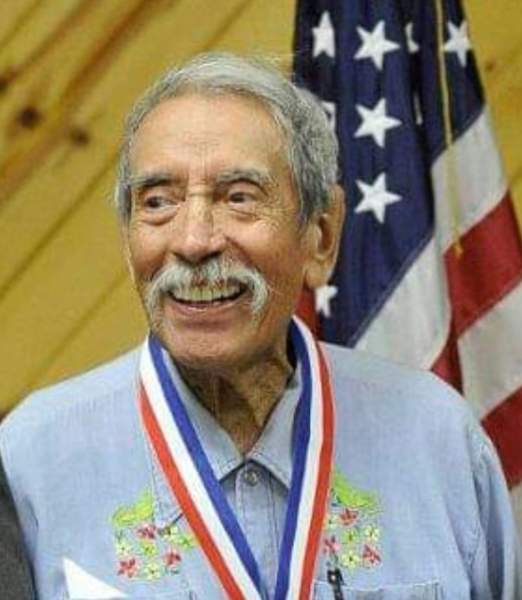 Funeral services and a Mass of Christian Burial will be 10:00 a.m. Saturday, June 5, 2021 at St. Anthony’s Catholic Church, Davenport. Burial will take place in Holy Family Cemetery, Davenport. The Mass will be livestreamed by visiting Mr. Vargas’ obituary at www.hmdfuneralhome.com. Visitation will be held from 4 until 7 p.m. Friday at the Halligan-McCabe-DeVries Funeral Home, downtown Davenport. There will be additional visitation will be held from 9 a.m. until the time of the Mass at St. Anthony’s. In lieu of flowers, memorials may be made to LULAC Council 10 Scholarship Fund or Vera French - Carol Center.

Henry Phillip Vargas was born February 5, 1929 in Davenport, a son of Joseph “Jose” and Esperanza “Hope” (Perez) Vargas. He was united in marriage to Lucy Juarez on August 14, 1950 in Muscatine, Iowa. She preceded him in death on January 2, 2013 after 63 years of marriage.

Henry worked for John Deere plow fitter for almost 40 years. He retired in 1987.

Henry was a very humble man; never one to talk about his many accomplishments and work he did for our community.

He was a founding father of LULAC Council 10. Through LULAC he was involved through many initiatives including mentoring individuals recently released to prison, serving as an interpreter in the judicial system, serving on equality/diversity committee through the Davenport Community School District, serving on boards at CASI and Davenport Planning and Zoning Committee. Henry also helped found the Davenport Civil Rights Commission which was the first in the state of Iowa and also the Iowa Commission of Latino Affairs. He was elected as an inaugural member of the Iowa Latino Hall of Fame in 2017.

In addition to his wife, Lucy, he was preceded in death by a daughter Sharon Vargas -Olsen, his parents, and many siblings. May they rest in peace

To order memorial trees or send flowers to the family in memory of Henry Vargas, please visit our flower store.