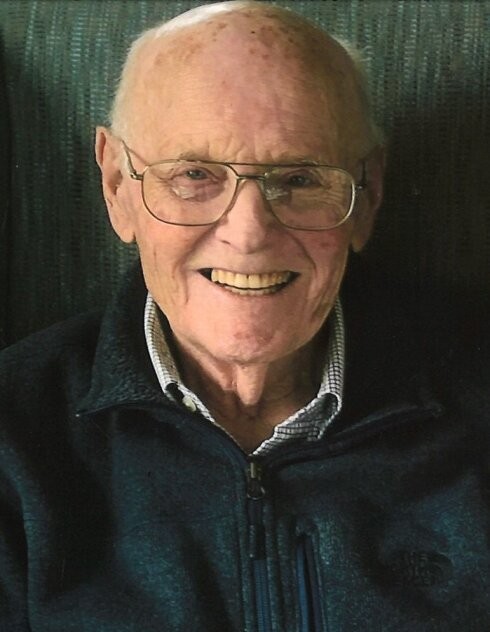 Funeral Services and Mass of Christian Burial for Henry D. Kadavy, 93, a resident of Davenport, Iowa will be held at 10:00 a.m. Monday, December 20, 2021 at St. Paul the Apostle Catholic Church, Davenport. The Mass will be livestreamed by visiting https://www.facebook.com/pg/stpauldisciples/videos/?ref=page_internal Burial will be in Mt. Calvary Cemetery, Davenport.  Visitation will be Sunday, December 19, 2021 from 2:00-4:00 pm at Halligan- McCabe-DeVries Funeral Home and from 9:00 a.m. to 9:45 a.m. on Monday, December 20 in the Gathering Space at St. Paul the Apostle Catholic Church. There will be a prayer service at 4 p.m. Sunday that all are welcome.

He received his Bachelor of Science degree in Mechanical Engineering in June 1951 from the University of Nebraska.  He was a Registered Professional Engineer in Iowa and Illinois, and he was a member of the Society Automotive Engineers since 1953.  He was a veteran of the US Army and served from 1946-1948 at the Atomic Energy Commission, Sandia Base, Albuquerque NM and from 1951-1953 with the Corps of Engineers in France and Germany.

He retired from Deere & Company after 35 years of service.  After retirement, he was a consultant and part time technical instructor for Black Hawk College.

Henry loved people.  He valued friendships, education, life-long learning, and loved to travel.  He loved his family, and enthusiastically cheered on his children and grandchildren in their academic, fine arts, and athletic pursuits.

He volunteered widely throughout his life throughout the community, often serving in leadership roles with his children’s education and activities. He was a member of the church, a 3rd degree member of the Knights of Columbus.  He was a former member of the St. Paul the Apostle School Board and Parish Council, Assumption High School Board of Education, and the Davenport Diocese St. Serra Club.  He was also active in the Boy Scouts of America for many years.

In lieu of flowers, memorials may be made to Assumption High School or St. Paul the Apostle Catholic Church and School.

To order memorial trees or send flowers to the family in memory of Henry Kadavy, please visit our flower store.