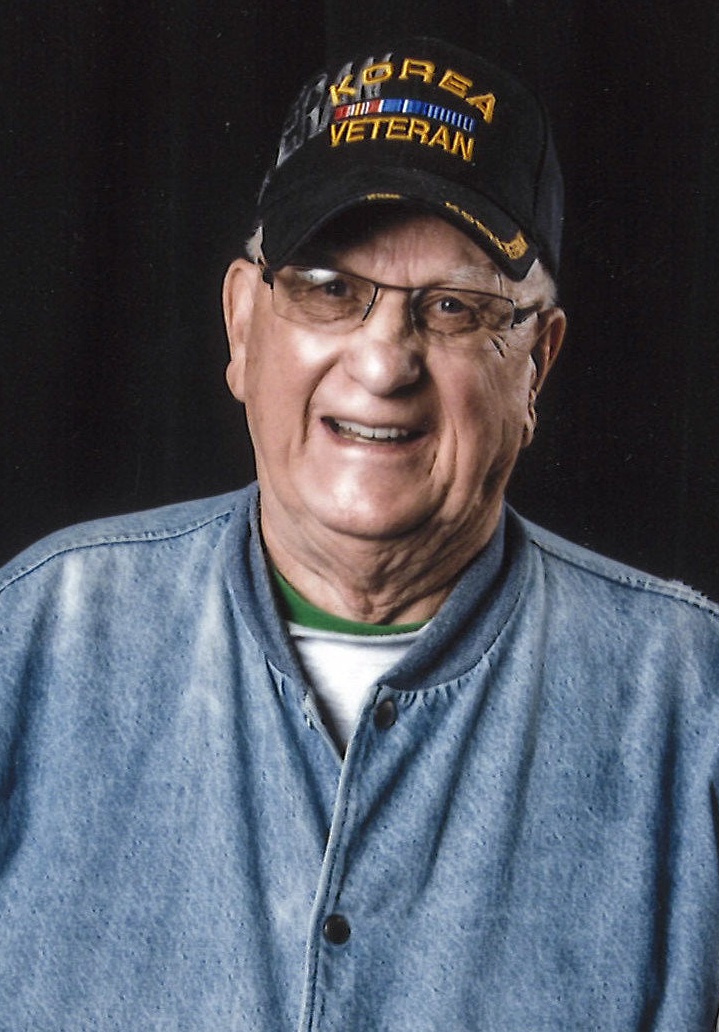 Funeral services to celebrate the life of Harold E. Messenger, Jr. , 88, of Davenport, will be 1p.m. Thursday, April 28, 2022 at the Halligan-McCabe-DeVries Funeral Home, downtown Davenport.  Burial will be in the Rock Island National Cemetery, Arsenal Island.  Visitation will be Thursday from noon until the time of the service Thursday at the funeral home.  Mr. Messenger died unexpectedly Sunday, April 24, 2022 at Senior Star at Elmore Place, Davenport.

Harold Everett Messenger, Jr. was born on June 3, 1933 in Washington, Iowa, a son of Lona E. (Cooper) and Harold E. Messenger, Sr.  He was an outstanding athlete at Washington High School, excelling as a tailback in football and earning varsity letters in many sports.   Following graduation, he enlisted in the Army and served with the 19th Infantry Regiment in Korea. He had the great privilege to go on an Honor Flight in October of 2013.

Harold was united in marriage to Janice Rae Watson on December 23, 1955 in Iowa City.  She preceded him in death on December 30, 2017 following 62 years of marriage.

Harold worked for Hannie Brothers in Rock Island as an offset pressman and retired from Bawden Printing in 1991.

Harold cherished his family; he was a loving and attentive father and will deeply missed.  He was an avid fan of the Cleveland Browns and Cleveland Indians.  Harold also loved to laugh and enjoyed having a good time.

Survivors include his children: Michael Messenger and Marsha Messenger, both of Davenport.

In addition to his wife, Jan, he was preceded in death by his parents and sisters, Elmina, Virginia, and Joyce.

To order memorial trees or send flowers to the family in memory of Harold E. Messenger, Jr., please visit our flower store.
Send a Sympathy Card