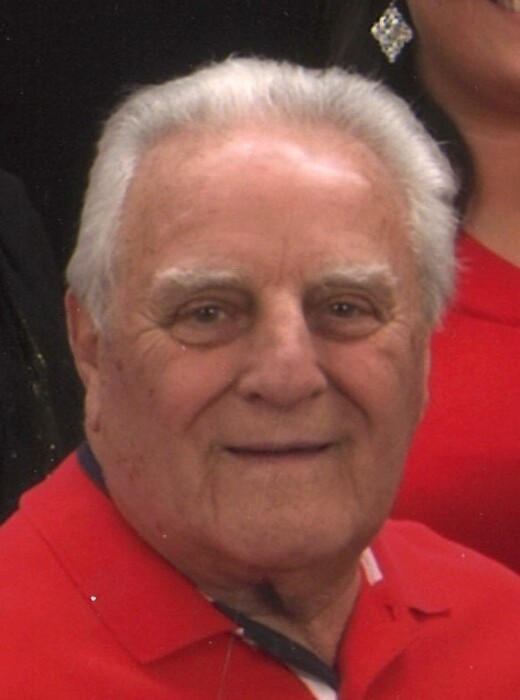 Funeral services and Mass of Christian Burial for Harold “Sonny” McDonnell, Jr, 94, of Davenport, will be 11am Friday, January 28, 20022 at Our Lady of Victory Catholic Church, Davenport.  Visitation will be from 10am until time of service at the church.  Per his request the rite of cremation will follow services.  Memorials may be made to the church.

Mr. McDonnell passed away unexpectedly at his home on Monday, January 24, 2022.  Halligan-McCabe-DeVries Funeral Home, Davenport, is assisting the family.

Harold Bernard Joseph McDonnell, Jr, was born August 20, 1927, in Davenport, a son of Harold “Red” and Mary “Mame” (Ballarine) McDonnell, Sr.  At the height of World War II, all of his buddies were in the service, so Sonny fibbed about his age and joined the Navy, serving from 1944-46.  He was united in marriage to Bettie Jochims and later to Elsie Zambrano on September 25, 1972, in Clearwater, FL.

Sonny delivered and serviced equipment for Cox Music for 43 years.  His children will always remember being the first to hear the newest music and play the latest arcade games.  After his retirement from Cox Music, he owned and operated “The Car Wash” along with his brother Richard.

He enjoyed camping, traveling, jigsaw and word search puzzles, judge shows and was a huge NASCAR fan but time with family was most important to him.  He loved family gatherings and talking to his grandchildren. He also enjoyed having nightly coffee with the same group of guys for over 20 years.

He was preceded in death by his grandson James “Jimmer” Masterson, brother Richard, sister Mary Cox, and mother-in-law Isabel Zambrano.

To order memorial trees or send flowers to the family in memory of Harold McDonnell, Jr., please visit our flower store.