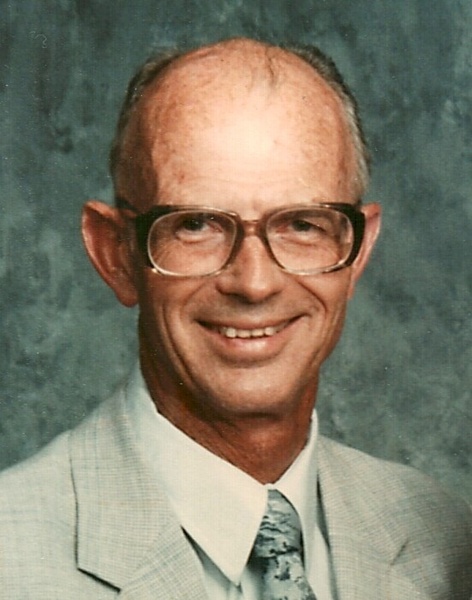 Funeral services celebrating his life will be held at 10:00 a.m. Monday, January 24, 2022 at Halligan-McCabe-DeVries Funeral in Davenport. Visitation will be 9:00 am until time of services. Burial with honors will follow at Rock Island National Cemetery. Memorials may be made to Salvation Army-Quad Cities or First Baptist Church of Davenport.

Grover was born December 15, 1926 in Pontiac, Michigan to Lucile (Grover) and Paul Jackson Hartsuch. He married Mary Lou Holmes on June 13, 1948 in Flint, Michigan. She preceded him in death on November 6, 2021.

Grover graduated from Lyons Township High School and later from Michigan State University with a BS in Chemical Engineering.  He also graduated with an MBA in Finance from University of Chicago.  He was an Eagle scout and later was involved as a scout leader.  Grover had served in the US Navy as an electronics specialist in the later years of World War II.  His career spanned over many decades beginning at Armour Industrial Chemicals which was later known as Akzo Nobel Chemicals.  Grover’s process engineering career took him to many worldwide locations including Europe, Asia, and the Americas.

When not traveling on business, he pursued other worldwide travels with his wife, Mary Lou on numerous cruises and land tours of Asia, Europe, and South America.  In later years he was involved with barbershop singing with the Chorus of DuPage and later with the Chordbusters in the Quad Cities.  Grover was a member of First Baptist Church of Davenport.

In addition to his wife, Mary Lou, he was preceded in death by his parents.

To order memorial trees or send flowers to the family in memory of Grover Hartsuch, please visit our flower store.