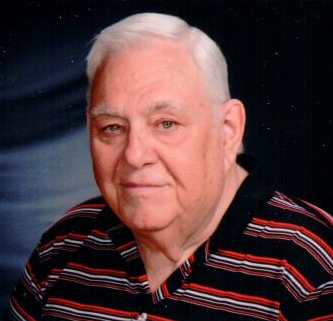 Funeral Services and Mass of Christian Burial for Gerald L. “Jerry” Ruefer, 82, of Davenport, will be 11am Saturday, June 19, 2021, at St. Alphonsus Catholic Church, Davenport.  Burial will be in Mt. Calvary Cemetery, Davenport.  A rosary will be recited at 3:30 p.m. with visitation to follow from 4-6pm Friday, June 18, 2021, at Halligan-McCabe-DeVries Funeral Home, Davenport.   Memorials may be made to St. Alphonsus Catholic Church or St. Jude Children’s Hospital.  Jerry passed away Tuesday, June 15, 2021, at Good Samaritan Nursing Home, Davenport, surrounded by his family.

Gerald Lee Ruefer was born March 31, 1939, a son of George and Irma (Thoeming) Ruefer.  He served his country in the Air Force.  Jerry married Ann Rilinger August 19, 1961, at Assumption Catholic Church in Topeka, Kansas.  They have celebrated almost 60 years of marriage.

Jerry retired from Rock Island Arsenal after 37 years of service.  He was an active member of St. Alphonsus Catholic Church and was a director of their former credit union.  Jerry was also a member of the American Legion and the former Baseball Fans Association.  He was a huge Cardinals fan among a family of Cubs fans.  He enjoyed reading western books and listening to music.  Jerry was a people person who never met a stranger and always wanted to help the less fortunate.

To order memorial trees or send flowers to the family in memory of Gerald "Jerry" Ruefer, please visit our flower store.