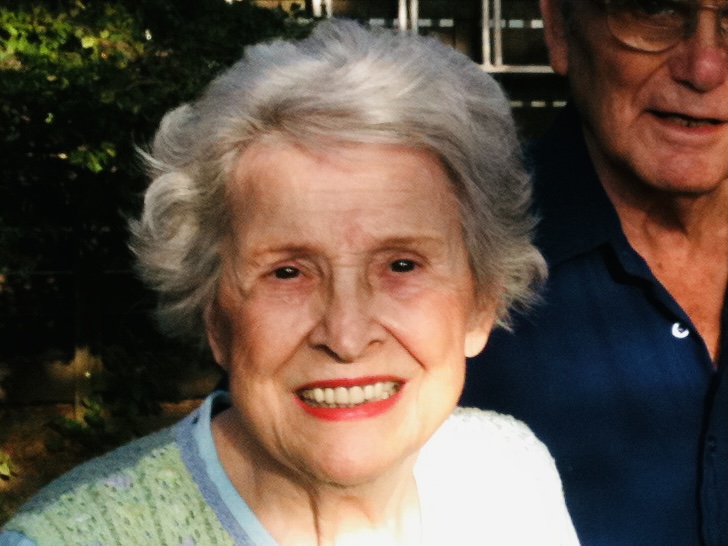 Funeral services to celebrate the life of Geraldine J. “Geri” Robbins, 97, a resident of Bettendorf, will be 11:00 a.m. Wednesday, December 2, 2020 at the Halligan-McCabe-DeVries Funeral Home, 614 Main Street, downtown Davenport. Her family will greet friends at the funeral home prior to services from 10:00 a.m. until service time. Services will be livestreamed by visiting Mrs. Robbins’ obituary at www.hmdfuneralhome.com. Private burial will take place at National Cemetery, Rock Island Arsenal.

Geri passed away peacefully Friday, November 27, 2020 at the Kahl Home in Davenport. Memorials may be made to the Kahl Home.

Geraldine June Rodd was born February 12, 1923 in Marion, Illinois, the daughter of Leonard and Kate (Lipe) Rodd.  She attended Marion High School and Southern Illinois University.  She was a graduate of Indiana University with a BA in education and went on to earn her Masters Degree in recreation.  She had taught in both the Bettendorf and the Davenport Community School Districts for many years.  She and her husband, Chet were recruited by civic leaders to run the Melody Mill Youth Center in downtown Davenport. Later, Geri taught ESL, math and English at Scott Community College and received the Distinguished Teaching Award in 1993.

Those left to cherish her memory include her children, Patricia (Mike) Dockery, Arlington Heights, Illinois and Richard (Bridget) Robbins, Omaha, Nebraska; her grandchildren, Robbin Dockery, Wheeling, Illinois, Douglas Dockery, Wauconda, Illinois, and Brian Dockery, Arlington Heights, Illinois; her sisters: Barbara Bradley, Marion Illinois and Sidney Minner of Lexington, North Carolina; her sisters-in-law: Beth Rodd of Marion, Illinois and Jean Neate of Punta Gorda, Florida, and many nieces and nephews.  She was preceded in death by her parents and siblings.

To order memorial trees or send flowers to the family in memory of Geraldine Robbins, please visit our flower store.