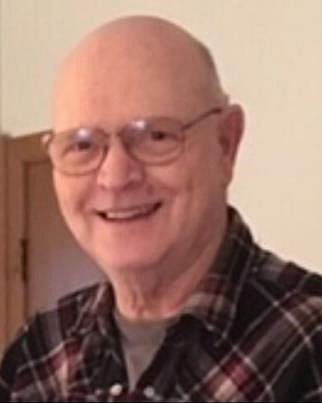 Gerald D. Shook, 76, passed away Wednesday, February 24, 2021 at Genesis East Medical Center, Davenport, after a long, hard fight with a chronic illness made worse by Covid-19.

Funeral Services will be held at 10:00 a.m. Monday, March 1, 2021 at Holy Family Catholic Church, Davenport.  Burial will be in Holy Family Cemetery, Davenport.  The family will greet friends from 1:00 p.m. to 3:00 p.m. Sunday, February 28th, at Halligan-McCabe-DeVries Funeral Home, downtown Davenport.  Due to the pandemic, masks must be worn and social distancing maintained.

Gerald “Jerry” was born at home on the family farm, the son of Joseph Earl and Arlene (Day) Shook, in Conway, Missouri on February 1, 1945.

Gerald came to Davenport soon after graduating from Marshfield High School, Marshfield, Missouri, in 1963.  In a matter of weeks after his arrival to the Quad Cities, he secured a position at Alcoa in Riverdale, where he worked for two months shy of 46 years, retiring from the Hot Rolling Department as an Equipment Operator.  He served his country as a Sergeant in the United States Army in Inchon, Korea.  Upon his return from active duty, he graduated from Palmer College and RETS Electronic School.  On October 5, 1984, Gerald married Judy Carstensen at Holy Family Catholic Church in Davenport.  They happily celebrated 36 years of marriage and had one very-loved daughter, Mary.  Being an above and beyond loving, devoted, thoughtful individual, husband and father is what Gerald positively excelled at.  He deeply cherished both his Missouri and Iowa families and was proud to tell you about his Missouri roots on the farm.

Gerald so enjoyed traveling the USA, Mexico and Europe along with his backyard gardening, especially when planting tomatoes with his very finest helper, his grandson Jaden.  He loved showing off his flowers to his granddaughter, Zoey, who loved to steal Grandpa’s John Deere baseball cap.  He also enjoyed challenging you to a game of chess, played on the chess set handcrafted for him by his brother, Bill.

He was preceded in death by his parents, brothers, Owen, Lee, Bill and Dale Shook sister, Bernice Compton, and brothers-in-law, John and Ken Carstensen.

Memorials may be made to the Handicapped Development Center, Davenport, or to your favorite charity.

Gerald will be deeply missed and loved forever and always.

To order memorial trees or send flowers to the family in memory of Gerald Shook, please visit our flower store.