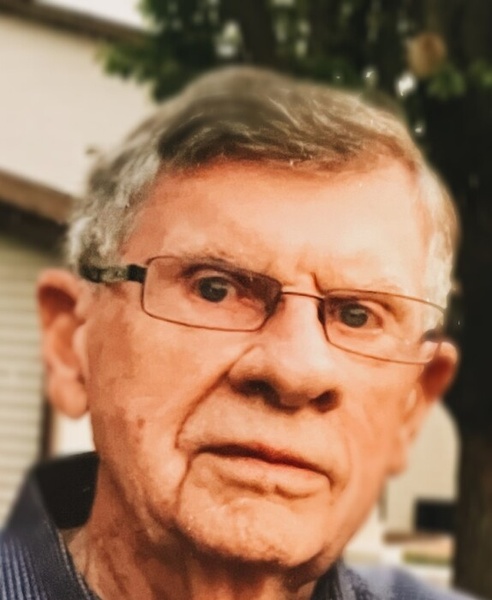 Gerald Rank, of Bettendorf, died Wednesday, March 9, 2022.  A Mass of Christian Burial will be held at St. John Vianney Catholic Church, Bettendorf, on March 12, 2022 at 10 am. Friends and relatives may gather at the church prior to the Mass. Burial will be at Cavalry Cemetery in Manitowoc, Wisconsin.

Gerald was born on September 20, 1925, in Brillion, Wisconsin to Frank J. and Margret (Egan) Rank. He was united in marriage to Jeanne Marie Raven on August 16, 1947, at St. Paul Catholic Church in Manitowoc. They were blessed with nearly seventy-five years of marriage. They were also blessed with seven children – Karin, Laurel, Stephen, Daniel, Elizabeth, Jenifer, and Marie.

Gerald was a veteran of the U.S. Navy from July 1943 to May 1946. He was assigned to duty on USS LST #45 in the Pacific and took part in the invasions of Saipan and Tinian in the Mariana Islands, also in the battle of Okinawa and in the Philippine Liberation.

Gerald was employed by Equifax for 35 years until his retirement in 1984. He managed offices in various locations in Wisconsin, Minnesota, and Iowa. Following his retirement, he worked in real estate.

He was a long-time member of the Knights of Columbus on State and local levels. He served in many roles, including Faithful Navigator of Davenport Assembly 260, Grand Knight of Bettendorf Council 4403, District Deputy, Regional Director, and a two-year term as a member of the State Executive Committee.

Gerald is survived by his wife and his seven children. His unwavering faith in God was shared with his large and loving family that includes 17 grandchildren and 30 great-grandchildren. He is preceded in death by his parents; sisters Florence, Dorothy, and Miriam; and brother Donald.

To order memorial trees or send flowers to the family in memory of Gerald Rank, please visit our flower store.