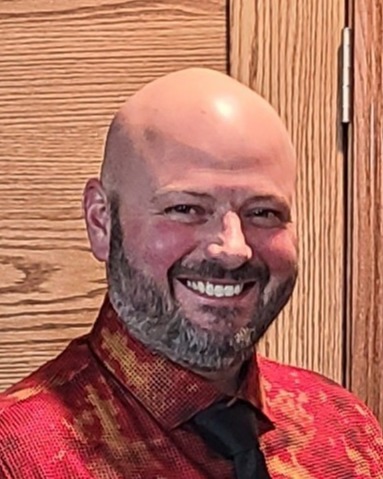 A time of sharing and memorial services celebrating the life of George Melvin Rucker IV, 44, of Davenport, will be held at 7pm on Tuesday, January 10, 2023 at the Halligan-McCabe-DeVries Funeral Home.  Inurnment be in Mt. Calvary Cemetery, Davenport, at a later date. The family will receive friends from 4pm until time of services on Tuesday at the funeral home.  Memorials maybe made to the family for an education fund for his sons.

George was born September 20, 1978 in Clinton County, IA, the son of George and Donna (nee Johnson) Rucker III.   He graduated from Davenport West, Class of 1997 and was united in marriage to Megan Booker on February 26, 2000 at Holy Family Catholic Church, Davenport.

He was Vice-President of E&H Restoration, Davenport.

He was preceded in death by his grandmother Jacqueline Otto, and uncles Harry and Geno Otto.

To order memorial trees or send flowers to the family in memory of George M. Rucker IV, please visit our flower store.