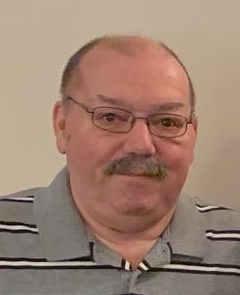 Funeral services celebrating the life of Gary J. Bifano, 72, of Davenport, will be 2pm Saturday, February 6, 2021 at the Halligan-McCabe-DeVries Funeral Home, Davenport.  Cremation will be accorded following services and inurnment will be in Davenport Memorial Park at a later date.  Visitation will be from 11am until time of service at the funeral home.  Memorials may be made to the Elks Club

Gary was proud to have served our country and was a Vietnam Veteran serving in the Army from 1969-71.

Prior to his retirement, he worked as a draftsman for Cobham, Davenport for forty-two years.

He enjoyed playing golf and achieved several holes in one over the years. He also enjoyed playing baseball in his youth, watching the Hawkeyes, spending time with his friends and “little buddy” Hannah Hentges, and having a cold refreshment while watching the game or at the Elks.

To order memorial trees or send flowers to the family in memory of Gary Bifano, please visit our flower store.