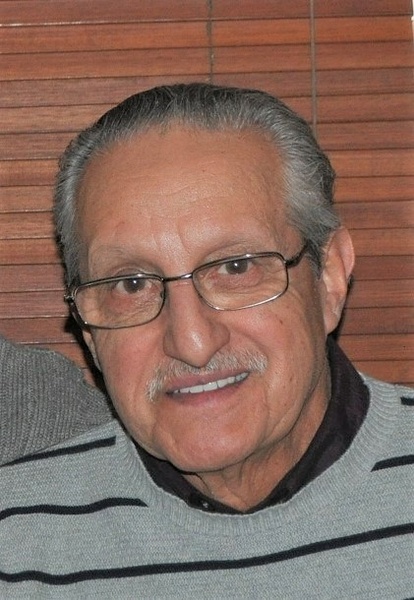 A Mass of Christian Burial for Gabriel V. Solis Sr, 87, Bettendorf, will be 10:00 a.m. Tuesday November 30th at St. Anthony Catholic Church, Davenport. To livestream the Mass visit https://www.youtube.com/watch?v=VC0BXOPJGZE Burial will be in Mt. Calvary Cemetery. Visitation will be Monday from 4:00p.m.-7:00p.m. at Halligan-McCabe-DeVries Funeral Home, Davenport. Gabe died peacefully on Thursday, November 25, 2021, at Clarissa Cook House in Bettendorf, IA.

He was a machinist at the Chicago Rock Island Pacific Railroad in the 1960’s and from 1970-1987 was a journeyman for International Harvester Farmall, Rock Island.  He enjoyed working for the Davenport Schools as a bus driver from 1988-1998.

He was passionate about coaching youth sports for Davenport Little League, East Pony League, Rising Knights Football, and AAU Basketball from 1968-1990. He was a lifelong Cubs, Bears, Bulls, and Hawkeyes fan and enjoyed live music.

Memorials may be made to the Clarissa C. Cook Hospice House, Bettendorf IA.

He was preceded in death by his parents, wife, brother Anthony, infant sisters Rita, and Ann, and a grandson Elian.

To order memorial trees or send flowers to the family in memory of Gabriel Solis, Sr., please visit our flower store.