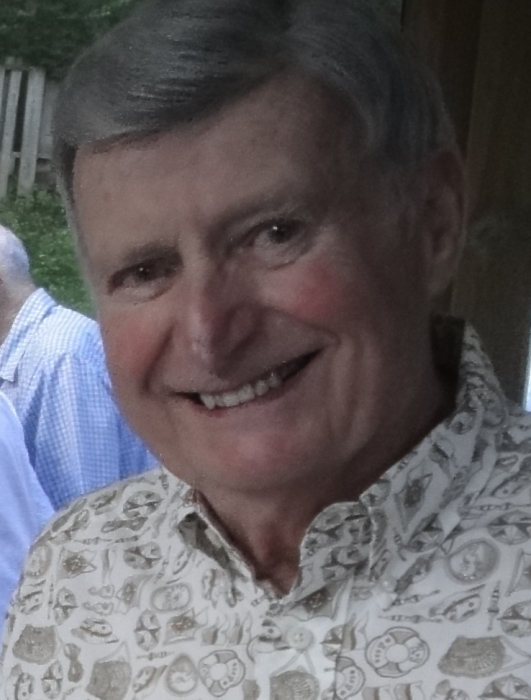 Funeral services and Mass of Christian Burial for Frank B. Schwab, 88, of Bettendorf, will be 10:30am on Monday, December 20, 2021 at Our Lady of Lourdes Catholic Church, Bettendorf.  Burial will be in Mt. Calvary Cemetery with military honors.  Visitation will be from 2-5pm Sunday, December 19 at the Halligan-McCabe-DeVries Funeral Home, Davenport.

Frank Benedict Schwab passed away peacefully on December 5, 2021, after an extended illness.

Frank was a Boy Scout at Sacred Heart School in the 1950’s – he was also a life scout. Frank and his brother, Robert “Bob”, played in the Ringling Brothers & Barnum & Bailey Circus Wagon as it was being restored by their father’s company for Dr. B. J. Palmer.  It was regilded with Gold Leaf.

He attended St. Ambrose Academy and was Junior Class President and in the Beta Phi Fraternity. Also, he attended Notre Dame. Following his honorable discharge from the Army (1953-1955), he then graduated from St. Ambrose College with a Business Degree. While at St. Ambrose, he met his soon to be wife, Sue, who attended the former Marycrest College. Frank married Suzanne “Sue” Organ on December 28, 1957, at Our Lady of Lourdes Catholic Church, Bettendorf.  She preceded him in death on June 24, 2016.

Frank was very active at Our Lady of Lourdes Catholic Church where he was a CCD teacher of Juniors & Seniors and worked with many committees for Lourdes School, Parish parties and dances along with serving on the Stewardship committee since 1957. He also served as a communion minister.

Frank, along with his four brothers, were owners of Schwab Advertising. After selling the company, he started a new advertising business, Riverland Outdoor Advertising, serving the communities of Ft. Madison, Mt. Pleasant and Nauvoo, Illinois.

He enjoyed hunting and fishing. Along with his wife, Sue, they enjoyed and were appreciated by their friends for the MANY walleye fish fries they would have every Fall.  The couple also enjoyed going to casinos and having fun on the slot machines. He was also an avid runner in his younger years.

In addition to his wife, Sue, he was preceded in death by his parents, siblings Harold “Bud”, Richard, Carl, Joan Murrey, and daughter-in-law Juli Schwab.

Frank was admired by so many and will greatly be missed but never forgotten.

Memorials can be made to: Our Lady of Lourdes Catholic Church and Lourdes School.

To order memorial trees or send flowers to the family in memory of Frank Schwab, please visit our flower store.