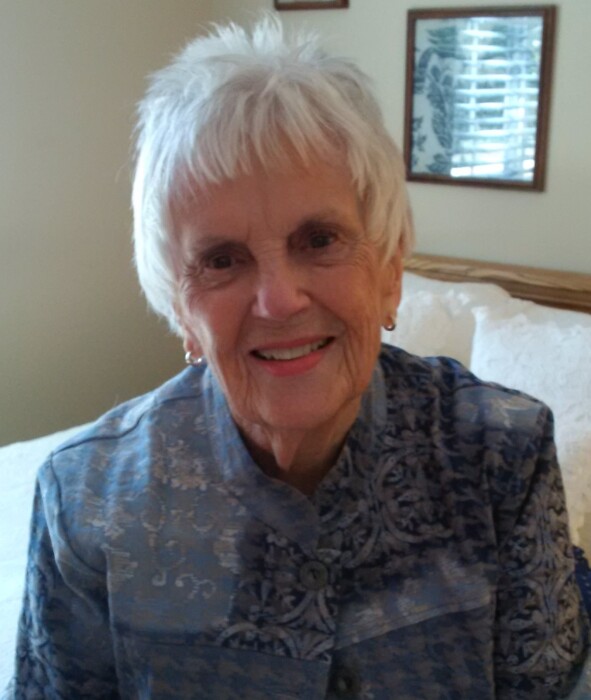 Frances Hinds Hansen, 99, a resident of Davenport, died Saturday, July 17, 2021 at The Fountains in Bettendorf.

A celebration of her life will be held at a later date. She will be laid to rest at Mt. Calvary Cemetery in Davenport. Halligan McCabe DeVries Funeral Home in Davenport is assisting the family with arrangements.

Frances was born March 25, 1922 in Rock Island, Illinois, the daughter of LaVern and Agnes (Loughran) Hinds. Her family were early Scott County settlers from Pennsylvania in 1844. She married Robert R. Hansen, September 11, 1944 in Davenport. He preceded her in death.

Frances was a graduate of Immaculate Conception Academy and a drama major at Purdue University. She held many positions at WOC radio and had radio shows for teens and women. During the war, she trained for broadcasting and being a radio engineer.

Fran is a member and past president of Tri City Garden Club, Junior Board of Visiting Nurses, and helped start the “Little Stone House”. Her other memberships include, Colonial Dames, Tuesday Club, Antique Study Club, PEO, and the Quad City Symphony Guild. She was known for her programs on antique valentines and purses and for her award-winning dried flower arrangements.

Those left to honor her memory include her daughters and sons-in-law, Diane and Scott Wallace of Prior Lake, Minnesota, and Melissa and Steve Chapman of West Des Moines, Iowa; four grandchildren and ten great-grandchildren.

Online condolences may be made to Fran’s family by viewing her obituary at www.hmdfuneralhome.com .

To order memorial trees or send flowers to the family in memory of Frances Hansen, please visit our flower store.