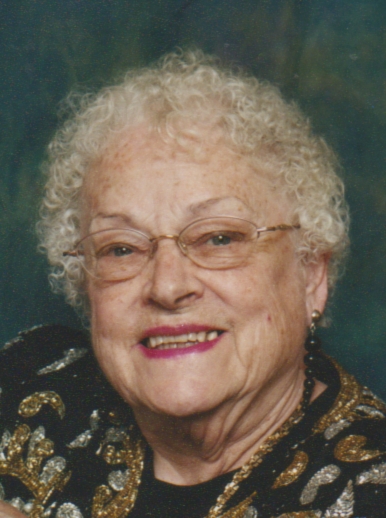 A memorial service to celebrating her life will be held at a future date at the Metropolitan Community Church of the Quad Cities, 2930 W. Locust St, Davenport.  She would like her friends and family to celebrate her life by singing every showtune and funny song they know.  Memorials may be made to the family for AIDS research or to the church.

She retired from Montgomery Wards in 1992 and had also worked for the River Center/ Adler Theatre, and as a volunteer for the QC Visitors Bureau and RSVP.  She was a member of the Metropolitan Community Church of the QC, Festival of Trees, Adler Theater, CASI, a charter member of We Care Weekend for AIDS victims, and a Life Member of the Izaak Walton League of America.

Ethel traveled many long and winding roads before her peaceful passing.  Her goal was not to arrive at her grave safely in a well-preserved body, but rather to skid in sideways, totally worn out, screaming “DAMN, what a ride!”

She had a PhD in common sense and went to the University of Life.  Her love of all life showed in everything she did.  She loved music and entertaining which she was known for by many of the Quad-Cities people.  She was always there for others, whether it be to cook, sew or to just be a friend.

In addition to her husband John, three sisters preceded her in death.

To order memorial trees or send flowers to the family in memory of Ethel Stotz, please visit our flower store.