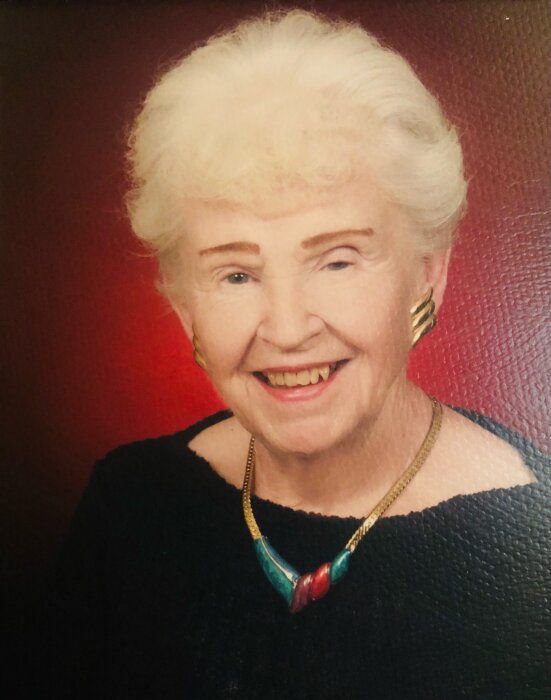 Eleanor A. Devine (Sweeney) passed away on January 7, 2022 in Brooklyn Park, MN.  She was a fighter and lived life on her terms. She was married to Thomas Joseph Devine for almost 30 years and has missed him every day since his death over 41 years ago. She moved to Minnesota from Davenport, Iowa after her cancer diagnosis in 2017 so she could be near family (Diane) and cooler weather! She made quick friends at St Therese at Oxbow Lake in Brooklyn Park, MN and everyone knew Eleanor.  She enjoyed her time there immensely.  Eleanor was very appreciative of the excellent care of Cheryl Johnson of Brighton Hospice the past few years.

She was a wonderful wife and mother.  She was Catholic to the core and this shaped her values, her perspective on life and how she raised her children.  She was guided also by her late husband Tom Devine (d. 1980).  She had a note on her dresser – “What would Tom do?”.  Eleanor was a voracious reader of books and periodicals; sometimes reading 2-3 books at a time.  She even recorded books on audio tape for the blind for many years so others could enjoy reading.  She would cut out articles she thought her children would be interested in and underline ideas or put things in quotes with her famous red pencil, then off in the mail they went. Her townhome in Davenport was the gathering place for the family who had scattered in all directions with her encouragement to go live life (– MPLS, CHI, KC, CINCY, DEN).  She looked forward to the baking and cooking for these family gatherings.  She loved to play cards and to “visit”.  Every grandchild knows how to play euchre and they all loved her snack mix, which was a card playing and holiday favorite.

Eleanor Anne Sweeney was born on October 29, 1928 in Peoria, Illinois, the only child of Emmet and Kathleen C. (Leahigh) Sweeney and grew up in nearby Aledo, IL.  Her father Emmet passed when she was 2, which influenced her independence and determination throughout her life. She graduated Aledo High School in 1946.  While in HS she was an excellent student, the lead in many school plays and an editor of the school newspaper. She attended Marycrest College in Davenport, IA where she was junior class president and graduated in 1950 majoring in History and Psychology.  She was a member of the National Federation of Catholic College Students (NFCCS) and Kappa Gamma Pi, the National Catholic College Honor Society.  She made lifelong friends at Marycrest and through Kappa, and was a past President of the Marycrest Alumni.  Upon graduation Eleanor was accepted to graduate school at Loyola University Chicago.  However, she met Thomas Devine and quickly fell in love.  She always said she knew he was the one the first time she saw him. They met in the fall of 1949 and were married on December 2, 1950 at Sacred Heart Catholic Church in Rock Island, IL.  They were married almost 30 years when Tom passed away in August 1980.  Not a day went by that she did not wish Tom was still with her.  Tom and Eleanor were Leaders in Pre-Cana and Christian Family Movement (CFM) early in their marriage.  Eleanor was a fervent supporter of Right to Life.  Eleanor was a member of Holy Family Catholic Church in Davenport, IA for 55 years.

Eleanor loved being with family and travelled to as many special events of her children and grandkids as she could.  She made birthdays, ball games, first communion, confirmations, graduations and teas!  She loved football and went to many games and loved to watch them on TV. She made trips to France, Ireland and Russia in her later years and loved visiting Notre Dame Stadium for games. She even visited Canton, Ohio to see the Pro Football Hall of Fame.  When in Ireland for a Notre Dame football game, she almost was run over by the band as people streamed out of Dublin Castle, where mass was held before the tailgate and the game.  As the fight song was playing and the band and cheerleaders surrounded her, she started crying and thought of Tom and how he would have loved to have been there!

In addition to her husband, Tom, Eleanor was preceded in death by her son Matthew (died at birth 1965) and her parents.  May they rest in peace.

Funeral services and Mass of Christian Burial for Eleanor A. Devine will be 10:30 a.m. Monday, January 17, 2022 at Holy Family Catholic Church, 1923 Fillmore Street, Davenport, Iowa. The Mass will be livestreamed by clicking https://www.facebook.com/Holy-Family-Davenport-102171008311387 Burial will be in Calvary Cemetery, 2901 12th Street, Rock Island, Illinois.  A visitation where family will greet family and friends will be Sunday, January 16, 2022 from 2 until 4 p.m. at the Halligan-McCabe-DeVries Funeral Home, 614 Main Street, Davenport, Iowa with the rosary being prayed at 4 p.m. and all are welcome. Due to the current health crisis, masks will be required while attending visitation and funeral services. Memorials may be made to Humility Homes & Services Inc., 3805 Mississippi Ave, Davenport, Iowa 52807 or Women’s Choice Center, 2740 Happy Joe Drive, Suite 2, Bettendorf, Iowa 52722.

To order memorial trees or send flowers to the family in memory of Eleanor Devine, please visit our flower store.