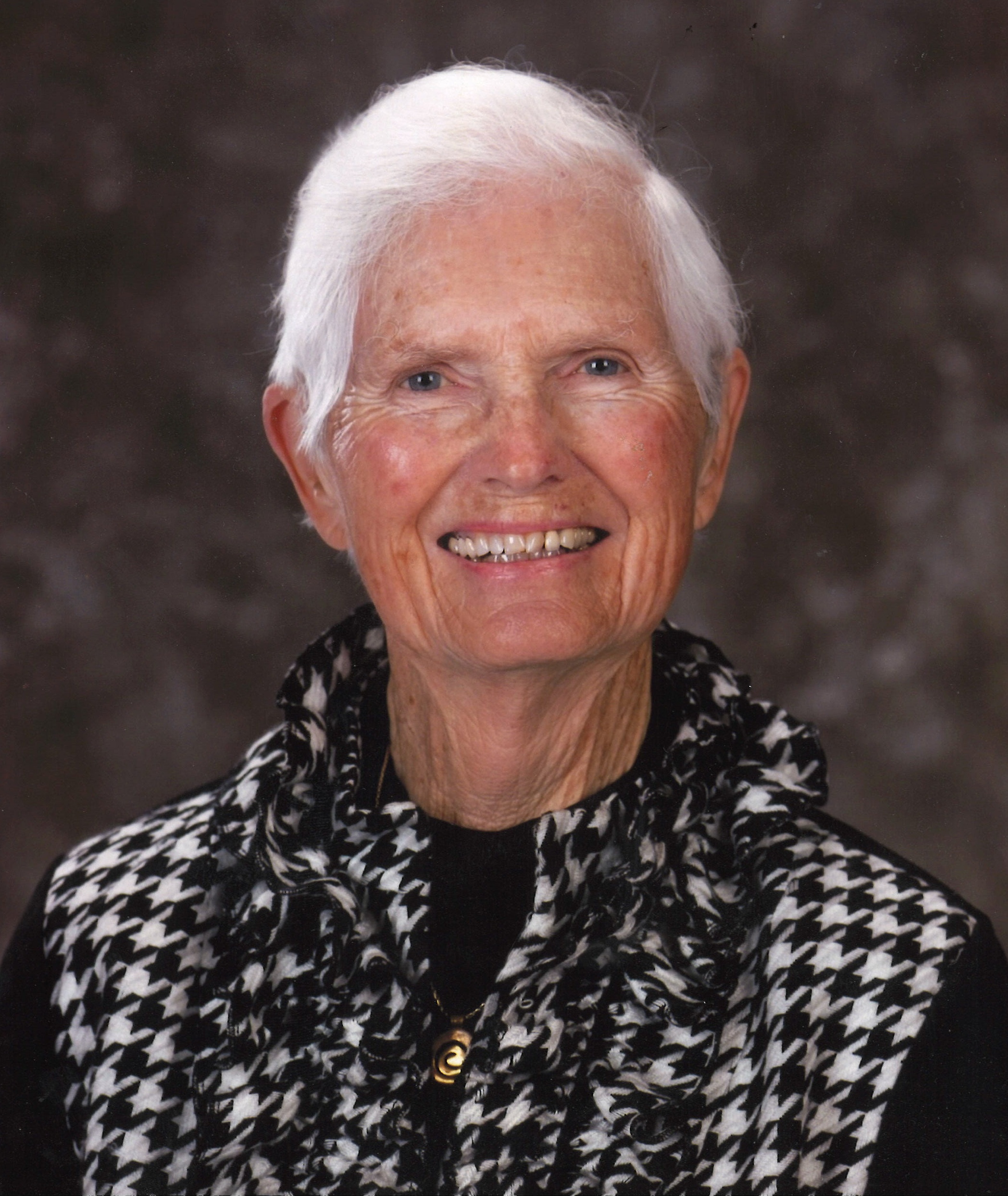 A memorial mass for Eda Priester Hofmann, 91, of Pleasant Valley, will be at 4 P.M. on Tuesday, July 12, 2022, at St. John Vianney Catholic Church, 4097 – 18th Street, Bettendorf.  The family will greet friends Tuesday from 3 P.M. until mass begins.  A private burial will take place at Mt. Calvary Cemetery, Davenport.  Halligan-McCabe-DeVries Funeral Home is assisting the family with arrangements.

On Monday evening Eda drank a cold beer with her youngest son, Bern, and told him she loved him.  She went to bed and died peacefully in her sleep Tuesday, June 21, 2022, at her home.

Eda Koehler Priester was born on September 12, 1930, in Davenport, the youngest child of Henry C. and Katherine (Walsh) Priester.  She had one older sister, Kiki, and five older brothers: Hank, Pat, Ed, Bob, and John.  She loved all of them deeply and they loved her back with the same big love.  She grew up in a home filled with music, stories, prankster brothers who doted on her, and a sister who was her best friend.  She spent her childhood riding her pony, lying in the cool grass, and watching the clouds, reading adventure stories, and rescuing any stray animal she could sneak into the house.

On February 4, 1954, Eda “Mutti” married Dr. William B. “Gordo” Hofmann at Sacred Heart Cathedral in Davenport.  He preceded her in death on January 25, 2018.  They shared over 64 years of a terrific marriage.

Mutti and Gordo moved with their five young children into their home at Prospect Park, next door to her parents, Henry and Katherine Priester.  She created the same magical home she grew up in — filled with music, stories, rescued animals, and joyful chaos. She had a beautiful voice and sang while cooking, gardening, doing dishes, shopping in the grocery store, and on the golf course; if she wasn’t putting.  Often in those early years at dinner time her father would walk over from next door and play the piano, filling the dining room with Chopin or Wagner while her  children squabbled over who got the last drumstick. When her children brought friends home, she kneaded them into the family as if she was simply adding more flour to the traditional German Gugelhupf coffee cakes she made. She loved when any of her nieces and nephews would come and stay for a night, a week, or best of all, the whole summer.

In 1975, Mutti and Gordo moved to Pleasant Valley.  Their home at the top of the hill became a place where everyone was welcome.  She was forever adding another seat to the already big dining room table to squeeze in one more person.  There was always room for another.

She showered her grandchildren with the same all-encompassing love that came to define her.  One of her greatest joys was when her youngest son Bern and his wife Milissa moved to Pleasant Valley less than a mile away.  Her favorite part of the day was when her son Bern would stop by on his way home from work and share a bourbon or a beer with her and tell her all the news from “town.”

She loved an ice-cold beer, but was willing to drink it lukewarm — if necessary.  She had a discerning palette as she could tell the difference between Makers Mark and Jack Daniels bourbon, and she was a season ticket holder to the Chicago Lyric Opera for over thirty years inheriting great seats from her father.  She loved football, and the fact that she and Rosie Greer both needlepointed.  She didn’t care much for golf carts; walking the course while carrying her clubs well into her 80s.  She had a deep fondness for good chocolate preferably with an almond or a walnut tucked in.  However, if things got desperate she could swig a bit of Hershey’s chocolate syrup out of the bottle with the best of them.

Those few times in life when she faced deep sadness, she would write poetry.  She worked the words onto the paper carefully and deliberately as if she were a farmer working the soil with his bare hands.  She showed her poetry and the depth of her sorrow to no one.  The words and her grief were left on the page.

This was also true with her faith.  She was deeply spiritual and her faith in God was unshakeable, but like her poetry she did not speak of it.  She loved being in the mountains, on the river, in the North woods fishing, canoeing, and camping.  The beauty of the natural world nourished her soul, and she frequently sought it out.

She also loved this country with her whole heart.  When she was 13, her oldest brother Hank  was killed in World War II flying a mission in his P-38 fighter plane.  This loss forever shaped her view, and she believed that living in this country was a gift and a privilege.  She voted in every election and took her civic responsibilities seriously.

The last 6 years of her life were spent with one of her best friends, Dalisay Sabado, who she fondly called “Dali-doll.” They laughed often and together watched way too many episodes of Call the Midwife.  Mutti and Dali ended each day singing, Mutti’s beautiful mezzo soprano coupled with Dali’s horrible bass usually ending in whoops of laughter.

To order memorial trees or send flowers to the family in memory of Eda Priester Hofmann, please visit our flower store.
Send a Sympathy Card