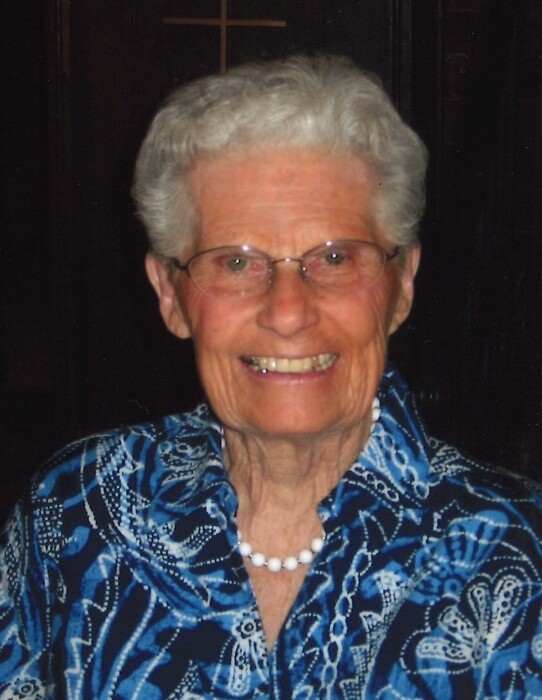 Doris A. Cannon, 93, a resident of Davenport passed away Monday, October 26, 2020 at Clarissa C. Cook Hospice House, Bettendorf, surrounded by her family. Private graveside services will be held at the Rock Island National Cemetery, Rock Island, Illinois. In lieu of flowers, memorials may be made to Clarissa C. Cook Hospice House or the Scott County Family YMCA. Halligan McCabe DeVries Funeral Home in Davenport is assisting the family.

Doris Ann Black was born June 6, 1927 in Holbrook, Iowa, a daughter of Francis L. and Ann Rita (Sullivan) Black.  She grew up in Iowa City, and after High School, she attended Business College, and then went to work as the secretary to the principal of City High School.  The school nurse asked her if she would be the blind date for the nurse’s nephew, who was recently returned from military service to attend the Dental School.  That was the beginning of Doris and John’s life together. They were married August 7, 1947. Their union gave them two sons, four daughters and many grandchildren. John & Doris celebrated 66 years of marriage prior to his death, August 2, 2013.

Besides caring for her growing family, Doris volunteered in church life, loved her garden, and spent sixteen years instructing aquatic classes at the Scott County Family YMCA, where she made many life-long friends.  Doris was a long-time member of St. Anthony’s Catholic Church and was a very active person all of her life.  She enjoyed gardening, baking, playing cards and games and was an avid Iowa Hawkeyes, Green Bay Packers and Chicago Bulls fan.  Family, though, was the most important part of her life and she cherished the time she spent with them.

She was preceded in death by her parents; husband, John; and brothers, Tom Black, Harold Black and Cyril Black.

Doris’s family would like to extend special thanks to the staff at Clarissa C. Cook Hospice House, especially Allie, for the special care given to their mother.

To order memorial trees or send flowers to the family in memory of Doris Cannon, please visit our flower store.