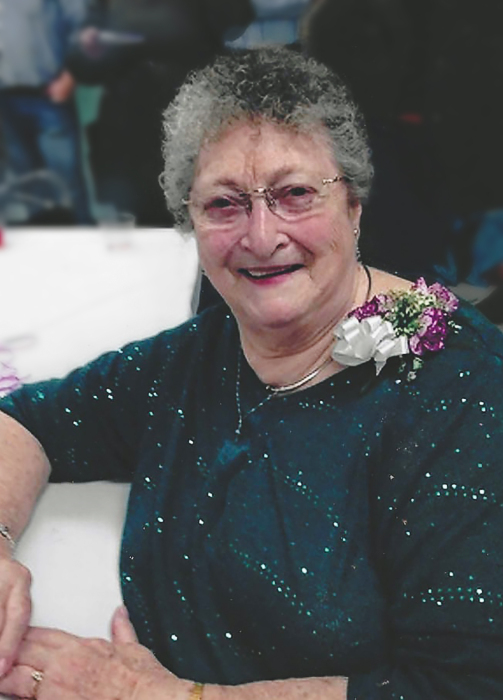 Donna M. Arnold Wagner, 86, of Davenport, died Sunday, October 11, 2020 at her home surrounded by her family.  Funeral service and Mass of Christian Burial will be 10:00 a.m. Friday, October 16, 2020 at Sacred Heart Cathedral, Davenport. Burial will be in Oakdale Memorial Gardens, Davenport.  Visitation will be Thursday from 4 until 7 p.m. at the Halligan-McCabe-DeVries Funeral Home, Davenport with a prayer service at 6:30 p.m. that all are welcome to attend.  If attending services, masks must be worn and social distancing adhered to. Memorials may be made to Empower House (a non-profit founded by her daughters Missey and Mickey), Sacred Heart Cathedral, or Clarissa C. Cook Hospice House, Bettendorf.

Donna’s life was centered around her large family and cherished the time when they were all together. She opened her arms and her home to all those that entered.  Donna enjoyed crafts and crocheting; making afghans for just about everyone in the family.  Donna bowled for over 40 years in various leagues throughout the Quad Cities.  She was a longtime member of the former St. Joseph’s Catholic Church and their Christian Mother’s group as well as the Knights of Columbus Auxiliary.

In addition to her husbands, Donna was preceded in death by her parents, and sisters: Dorothy Carney and Sandra Lohf.  May they rest in peace.

Donna’s family would like to thank the nurses and staff of Genesis Hospice and Clarissa C. Cook Hospice House for the compassionate and loving care she received during the final months of her life.

To order memorial trees or send flowers to the family in memory of Donna Wagner, please visit our flower store.