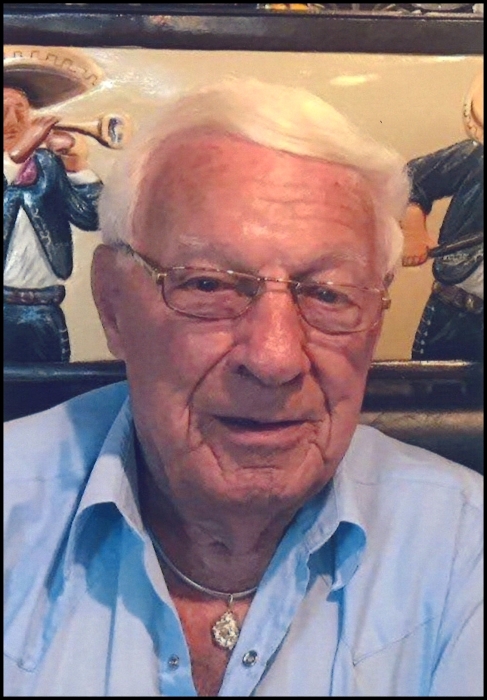 On Saturday, February 27, 2021, Dick McCleary, loving husband, father, and grandfather, passed from this life at 89 years of age.  Dick was born May 14, 1931, to Egbert and Norma (Meinburg) McCleary.  He was the grandson of Fritz Meinburg, a mayor of Rockingham (prior to its annexation to Davenport), Iowa.

His schooling began in a one-room school, Walnut Hill.  He then attended West (Frank L. Smart), followed by Davenport (now Central) High School.  Dick served his country in military service in the US Army, 70th Battalion of Combat Engineers.  He married Carol Groenwoldt on June 17, 1950, at St. Mark’s Lutheran Church, and they celebrated their 70th wedding anniversary this past year.  They have resided their entire married life on the Red Ball Farm in Blue Grass, IA as well as their winter home in Vero Beach, FL.

Dick was a man of the earth from his origin in farming to earthmoving when he established McCleary Excavating in 1954.  He expanded his company to a branch in Vero Beach, FL in 1984.  His passion for business and industry continued after he retired in 1990.  He was a member of the Midwest Operating Engineers Local 150 for 45 years.  His other passions included country music, spending time with his family and friends, hosting parties, and Saturday night dinners and dancing with his beloved wife, Carol.  He was especially proud of his classic Ford cars.

His truest traits were honor, honesty, and integrity.  His unparalleled work ethic was instilled in those around him.  He was a leader to his family and company, and he was always the first to help someone in need.

Dick was preceded in death by his parents, two daughters, Linda and Colleen, and brother-in-law Mike Groenwoldt.

A private family service was held at Halligan-McCabe-DeVries Funeral Home in Davenport on March 6, 2021, with a procession to the Blue Grass Cemetery presided over by the Honor Guard of the American Legion, Post 711.  In lieu of a planned 90th birthday event, a Celebration of Life for all of his friends and family will be held on Saturday, May 15, 2021 at the Red Ball Farm from 1pm until 4pm.

In lieu of flowers, memorials can be made to the Dick McCleary Memorial Fund at the Blue Grass Bank or mail to P.O. Box 308, Blue Grass, IA  52726.

To order memorial trees or send flowers to the family in memory of Dick McCleary, please visit our flower store.