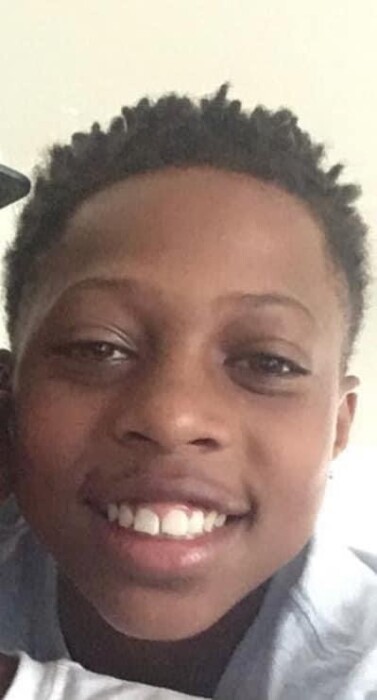 Funeral Services celebrating his life will be held at 11:00 a.m. Saturday, May 1, 2021 at Word of Life Church, 1804 7th Ave. Rock Island, Illinois. Visitation will be 10am-11am. Burial will be at Oakdale Memorial Gardens. Memorials may be made to the family. Halligan-McCabe-DeVries Funeral Home is assisting the family.

Devell Johnson, Jr. attended Jefferson Elementary School in Davenport, and was in sixth grade. Devell was a very adventurous young man who loved doing back flips, playing video games, joking around (especially yo momma jokes) and his ultimate favorites were playing basketball and his famous TikTok videos. One of Devell’s biggest attributes was his smile. His smile alone would light up a room.

Devell’s aunts and uncles had an important impact on his life. A special tribute to his Uncle Reed and Aunts Teri and Shardae who often encouraged Devell to do well in school, supported him in sports and shared some adventurous times with him.

Those left to honor in his memory include his parents; siblings, Milton Howard, Jr., Diamond Bailey and Zymiere Graves, all of Davenport; paternal grandparents, Angela Lee of Rock Island, and Bruce Pugh of Davenport; nephews, Miyan and Mikhai Hill; niece, Malayah Brown; special cousin, Jeremyah Graves; special friends, Michael Collier, Jr., Samuel Wires and Gentravion Ellis, all of Davenport as well as a host of aunts, uncles and cousins.

To order memorial trees or send flowers to the family in memory of Devell "Baby Bart" Johnson, Jr., please visit our flower store.