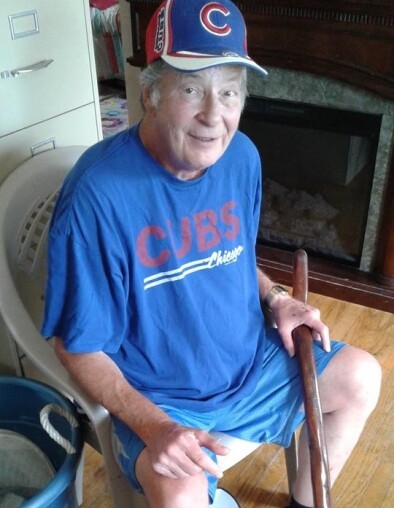 Memorial Military Graveside Services for Dennis W. Thoene, 77, a resident of Buffalo, Iowa, will be 11:00 a.m. Tuesday, July 20, 2021 at National Cemetery, Rock Island, Illinois.  Attendees are asked to gather at 10:30 a.m. at Halligan-McCabe-DeVries Funeral Home to process to the Arsenal. Honoring his wishes, the rite of cremation was accorded.  Memorials may be made to his wife.  Dennis passed away Sunday, July 11, 2021 at Genesis East Medical Center, East Rusholme Street, Davenport.

Dennis Wayne Thoene was born May 5, 1944 in Reading, Pennsylvania, a son of Ralph and Sophie (Ruchotzke) Thoene.  He proudly served our country in the U.S. Army.  He was united in marriage to Deborah Cinkovich October 27, 1984.

Moose had worked at the former Alcoa on the hot line, retiring in 2001 after 36 years.  He enjoyed playing solitaire, fishing, and doing leather crafts.  He was an avid fan of the Iowa Hawkeyes, Chicago Cubs, and the Chicago Bears.  Moose’s greatest love was spending time with his family, especially his grandchildren.

To order memorial trees or send flowers to the family in memory of Dennis Thoene, please visit our flower store.