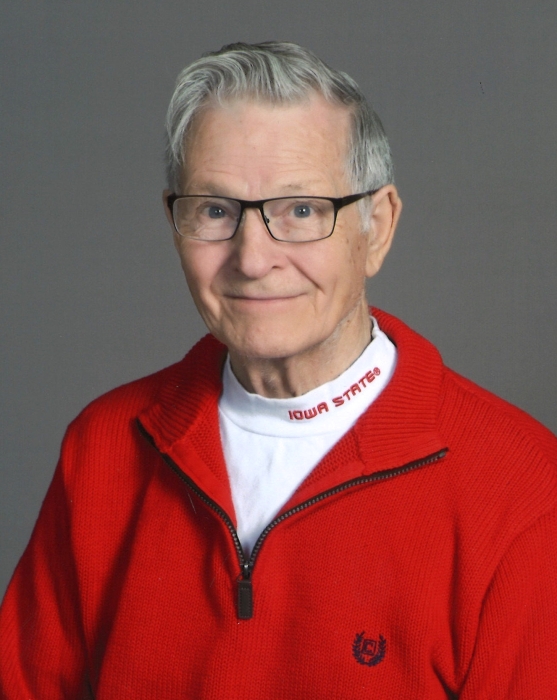 Funeral services and a Mass of Christian Burial for Deacon Donald E. “Don” Frericks, 83, of Eldridge, formerly of Blue Grass will be 11:00a.m., Wednesday, May 19, 2021 at St. Andrew Catholic Church, Blue Grass. His family will greet friends 9:00 -11:00a.m. Burial will be in Cedar Memorial Cemetery, Cedar Rapids. For safety, masks must be worn and social distancing respected. Deacon Don passed away peacefully on Friday, May 14, 2021. In lieu of flowers donations may be made to St. Andrew Church.  Halligan-McCabe-DeVries Funeral Home assisted the family with arrangements.

Don received a BS in Mechanical Engineering (1960) from Iowa State University.  Upon graduation, he worked for Chamberlain Corporation in Waterloo, IA as an industrial-mechanical engineer setting up plants and designing equipment.  The family then moved to Maryland where he was employed with NASA at Goddard Space Center while continuing his education.  Don received his MS in Engineering (1966) from Catholic University of America, Washington, D.C.  The family moved to Michigan where he worked at Bendix Research Laboratories in the field of fluidics, doing research with vortex technology.  A transfer to Bendix Corporation brought him back to Iowa where he worked in Instruments and Life Support as a project manager working on cryogenic valves for oxygen and nitrogen used in the Apollo programs.  Don then moved to the Ware Simulation Center at the Rock Island Arsenal.  He retired as Chief of the Center in January 1996 after almost 31 years.  Don’s adventures were not over yet; he then worked for the Davenport School District as a custodian, retiring again in 2004.

Deacon Don was ordained in the Diocese of Davenport June 1992 at Sacred Heart Cathedral by Bishop Gerald O’Keefe and served St. Andrew parish.  Deacon Don was a founding member of St. Andrew church and was invaluable serving in all aspects of church services including 12 years as Parish Life Administrator, retiring in 2017.  He was a 4th Degree member of the Knights of Columbus, Loras Council 532.

Don was a Master Gardner, enjoyed woodworking, and was an avid Iowa State Fan.  His two favorite teams were Iowa State and whoever played the University of Iowa! He also enjoyed spending time with family and friends.  Don supported his children in little league, scouting, and the Iowa/Illinois Pony Club.  Don would help anyone in need and touched the lives of all those he met.  He will be greatly missed.

To order memorial trees or send flowers to the family in memory of Deacon Don Frericks, please visit our flower store.