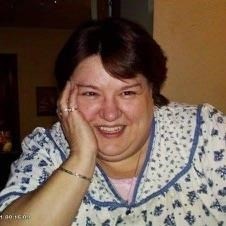 Dawn D. Meier (Allchin) was born August 16, 1958 to parents Roland Meier and Sandra (Bearbower) Meier.  Growing up, Dawn loved to be the "Big Sister" to her two younger siblings Tim and Becky.  Despite her being the eldest, Dawn was also the shyest of the three kids.  Or so it seemed to those that weren't close enough to hear her whit sneak itself into the atmosphere causing those lucky few a laugh only Dawn could create.

Dawn spent her childhood on family vacations, watching football with her dad Roland or simply enjoying the fruits life had to offer. Dawn graduated from Davenport West High School in 1976 where she got a job thru Co-op at the RIA as a key punch operator which then led her to AIC where she attained her diploma in keypunch operating.  After graduating from AIC in 1978, Dawn was offered a full-time position at Rock Island Arsenal. Dawn continued her employment with the Arsenal until retiring early after 33.4 years of service.

Dawn met her husband John W.F. Allchin at a picnic she coincidently attended in 1992.  Upon meeting, there was no denying their instant connection and so John and Dawn were married on 1/14/94.  But sadly, after only a few short years, John passed unexpectedly which left Dawn a widow.  Her brother Tim moved in with her to help her deal with her loss and to help her as best he could simply by loving her unconditionally as only a brother can

Most recently Dawn became unable to tend to her needs due to health issues and so she had a special request to ask of her little sister Becky and that was to move in and assist her.  (Two Meier women in one house, what was she thinking?!) Becky and her husband Don put their own lives aside and moved in to help Dawn in every aspect of life.

From watching her brother-in-law Don mow the grass, to waiting for him to arrive home for their evening happy hour of cocktails and snacks out on the deck, Dawn was finally able to enjoy her sister, her brother-in-law and her life.  She loved it when Becky would turn the music up loud so they would sing all of their favorite songs just as loud as they could.  But within a few years Dawns health began to worsen, and her little sister became her angel here on earth.  As Becky fought each day to maintain Dawn's health from phenomenal meals, to the sweet treats she would sneak into her- Dawn began to thrive again.  Both fighting to keep them beside one another as long as possible.  The last year of Dawn's life was filled with ups and downs and would not have even been possible had it not been for the two sisters coming together under one roof. A task both never knew would bring such immense joy out of what began as a cry for help.  To say that Becky saved Dawn's life, wouldn’t do much justice as it seems they both saved one another from missing out on their true best friend.  Dawn passed away quietly in her sleep on Friday, March 18th, 2022.

Those left to honor her memory, Little Sister/Best Friend Rebecca (Donald) Ray Jr., her furbabies Sam and Serena, and a little helper she referred to as "Mouse" (Leann Broderson).

Donations made be made to Kings Harvest Pet Rescue no kill shelter.

To order memorial trees or send flowers to the family in memory of Dawn Allchin, please visit our flower store.