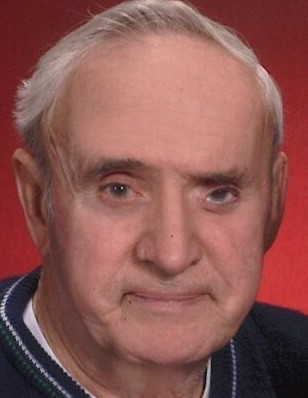 David E. Waight, 87, of Bettendorf, formerly of Monticello, Iowa, died Tuesday, December 21, 2021, at the Davenport Lutheran Home. Services will be Wednesday, December 29, 2021 at Our Lady of Lourdes Catholic Church, 1414 Mississippi Blvd, Bettendorf. Visitation is from 10 until 11 am, followed by a funeral Mass. Those who wish to may attend the internment at Mt. Calvary Cemetery, Davenport. A luncheon will be held after that back at Lourdes. Halligan-McCabe-DeVries Funeral Home is assisting with arrangements.  Memorials may be made to Sacred Heart Catholic Church, Monticello.

David was born on December 1, 1934, in Keithsburg, Illinois, a son of Kenneth T. and Helen (Gluba) Waight. He graduated from Alexis High School in Illinois where he was active in athletics. David was united in marriage to Rosalie Melroy on August 1, 1959, at Sacred Heart Cathedral, Davenport. They spent over 40 years living in the Scotch Grove/Monticello, Iowa area where they were members of Sacred Heart Parish.

David retired in 2009 from Randy’s Meats where he had been regional manager of Eastern Iowa. He had previously worked at Swift Trucking.

David loved to play cards, especially euchre with family, golf on the 9-hole sand-green course he maintained for the Coon Hunters, and do crossword puzzles.  He also enjoyed rebuilding antique cars especially ’40 Ford Coupes and showing them in competition.

To order memorial trees or send flowers to the family in memory of David Waight, please visit our flower store.