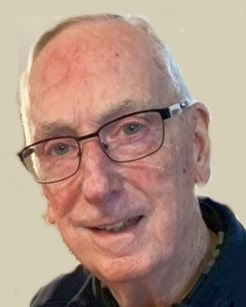 David Wayne Steen, 82, of Davenport, peacefully passed away on Friday, January 13, 2023, at his home.  Per his request cremation will be accorded and a memorial service will be held at a later date.  Memorials may be made to Genesis Hospice.

David was born March 9, 1940, in Davenport, a son of William F. and Wynona A. (nee Davis) Steen.  Following graduation from Davenport High School he joined the Army, proudly serving his country from 1958-61.

After his honorable discharge he began a career as pressroom apprenticeship with the Times-Democrat which would later be known as the Quad City Times.  He retired January 13, 2006, after 43 years of service as Pressroom Manager of the Quad City Times. He met his future wife Jean Schrader on a blind date that was set up by his co-workers and they were united in marriage on February 8, 1964 in Davenport.

He enjoyed fishing, hunting, bicycling, and camping on the Wapsi River in his younger years.

He was preceded in death by his parents and brothers William and Robert.

Online remembrances and condolences may be expressed at www.hmdfuneralhome.com.

To order memorial trees or send flowers to the family in memory of David W. Steen, please visit our flower store.